In the Hobby Lobby case a couple of years ago, the Supreme Court ruled that Obamacare could not force all employer health insurance plans to cover contraception. This went too far, Samuel Alito wrote. The government might have an interest in providing women with contraceptives, but any requirement it imposes on employers with religious objections must be the least restrictive possible. For example: “HHS has already established an accommodation for nonprofit organizations with religious objections. Under that accommodation, the organization can self-certify that it opposes providing coverage for particular contraceptive services.”

That sounds great! All we have to do is put in place the HHS accommodation and we’re all set. Organizations can certify that they oppose paying for contraception and their health care provider will then split apart contraceptive coverage from the overall insurance plan and set up separate payments.

At least, this sounded great at first. But three days after seemingly endorsing this solution, the court issued another ruling saying that the HHS accommodation might not be adequate after all. Technically, you see, the Hobby Lobby opinion merely said that HHS had 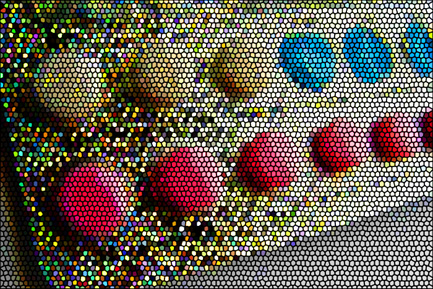 created an accommodation, not that the court majority necessarily approved of it. And now they weren’t sure they did. It had all just been a trick.

So today the court heard arguments in yet another case involving religious objections to providing contraceptive coverage. Following up on the court’s U-turn, the Little Sisters of the Poor are arguing that they object to even registering an objection. After all, that would set in motion a process that would eventually end with employees gaining access to contraceptives, which would make the nuns nominally complicit in something they consider wrong. It’s all Thomist enough to make your teeth ache.

But here we are. The question is, just how much of a burden can the government place on religious objectors? And how much burden can they place on women who want contraception? Those might be thorny issues at the best of times, but they become even thornier when the conservative men on the court apparently have no idea how either contraception or insurance coverage actually work. Tierney Sneed reports:

“What type a burden does that impose? Is it because these exchanges are so unworkable, even with the help of a navigator, that a woman who wants to get free contraceptive coverage simply has to sign up for that on one of the exchanges?” Justice Samuel Alito asked, snarkily, about the Obamacare health insurance exchanges used by those without employer-based health care plans.

[Solicitor General Donald Verrilli] pointed out that those sort of contraceptive-only policies don’t even exist on the exchanges….“She’d have to go out and buy the separate plan, find a doctor who is willing to take the separate plan,” Verrilli said.

….“If it’s so easy to provide, if it’s so free, why can’t they just get it through another plan?” [Anthony] Kennedy asked Verrilli later on in the arguments. Chief Justice John Roberts jumped in: “So it comes down to a question of who has to do the paperwork? If it’s the employee that has to do it, that’s no good. If it’s the religious organization that has to do it, that’s okay?” he said.

As Roberts continued to insist that women could simply get contraceptive coverage on the exchanges, the liberal justices finally had enough with the idea. “They’re not on the exchanges,” Justice Sonia Sotomayor interjected. “That’s a falsehood. The exchanges require full-service health insurance policies with minimum coverages that are set forth that are very comprehensive. We’re creating a new program.”

This is really beyond comprehension. These justices have already heard two major cases on Obamacare, and they’ve presumably read the briefs for this one. But they still seem unable to grasp the concept that you can’t just go out to the exchange and buy a “contraceptive policy.” Nor do they seem to care that even if you could, it would mean not being able to get contraceptives from your regular doctor, which for some women would cause real problems with continuity of care.

Nobody expects judges to be subject matter experts on every case that comes before them. But this is kindergarten-level stuff. How can they possibly pretend to produce a reasoned opinion if they literally have no idea how health insurance under Obamacare works in the first place?