Most people are happier when they have a lot of social contact. But Christopher Ingraham points to a new paper suggesting an exception to this general rule: smart people, true to stereotype, prefer being left alone. But why?

I posed this question to Carol Graham, a Brookings Institution researcher who studies the economics of happiness. “The findings in here suggest (and it is no surprise) that those with more intelligence and the capacity to use it … are less likely to spend so much time socializing because they are focused on some other longer term objective,” she said.

Think of the really smart people you know. They may include a doctor trying to cure cancer or a writer working on the great American novel or a human rights lawyer working to protect the most vulnerable people in society. To the extent that frequent social interaction 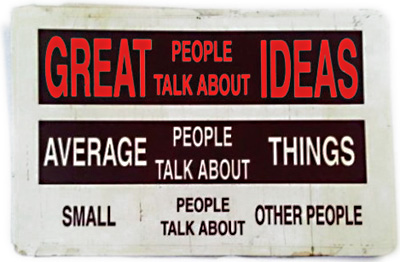 detracts from the pursuit of these goals, it may negatively affect their overall satisfaction with life.

To put this a little less nicely, average folks don’t really have anything very interesting or enthralling to do with themselves, so getting interrupted by friends represents a net improvement in their daily lives. Smart people do have enthralling—even obsessive—intellectual interests, and social activities take them away from that. So this represents a net loss in happiness.

(Important note for smart, argumentative people reading this: we’re talking about averages here. There are plenty of extroverted smart people and introverted dumb people. But on average, smart people tend to dislike socializing because it takes them away from work they find more rewarding.)

But back to the paper. The authors, Satoshi Kanazawa and Norman Li, have a different theory about all this: the measured difference in social preferences is all due to the way we evolved way back on the savanna. Back then, they say, you had a much better chance of surviving if you had lots of friends, so we naturally evolved to value having lots of friends. Things have changed since then—cell phones, computers, cities, houses, etc.—and even though evolution hasn’t yet had a chance to adapt to a world where social contact isn’t as important, “extremely intelligent” people can use their sheer brainpower to adapt anyway:

“More intelligent individuals, who possess higher levels of general intelligence and thus greater ability to solve evolutionarily novel problems, may face less difficulty in comprehending and dealing with evolutionarily novel entities and situations,” they write….Smarter people may be better-equipped to jettison that whole hunter-gatherer social network — especially if they’re pursuing some loftier ambition.

This odd thing is that this isn’t really an application of evolutionary psychology, even though the authors are evolutionary psychologists. The hypothesis that humans evolved in hierarchical, medium-sized groups that relied on tight social networks for survival is pretty widely accepted. It’s nothing new. What’s new is the suggestion that smart people can overcome the constraints of cognitive evolution more easily than most people. And that’s not really evolutionary psychology. It’s just regular old psychology, or perhaps regular old neuroscience. It’s pretty likely that this has always been true of smart people, but we just don’t know it. Our social science datasets are shockingly inadequate for dates before 20,000 BCE.

Now, I don’t have access to the paper itself, and it’s possible that the authors address this. The abstract doesn’t give any hint of it, though. For the time being, then, I’ll take this as a fairly banal observation: people with intense intellectual interests value them more highly than social contact, and almost by definition, it’s mostly smart people who have intense intellectual interests. As a refugee from the tech world who dealt with a lot of programmers, and as a blogger who gets annoyed at being interrupted in the middle of writing a post, color me unsurprised.