Today the FBI announced that it had managed to unlock Syed Farook’s iPhone without Apple’s help. So that particular fight is over for now. But why was Apple so hellbent on refusing to help the FBI in the first place? Was it really 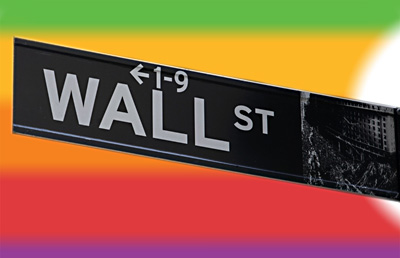 because they’ve suddenly decided to become the white knight of consumer privacy and mass surveillance backlash? Maybe! Or maybe there’s more to it.

Hold that thought for a moment and consider something else: Apple is sitting on a cash hoard of $150 billion that it seemingly can’t find a use for. Stock buybacks, acquisitions, R&D—those are all fine, but there’s no way these things can make much of a dent in a bankroll that’s this big and still growing. You need to think different—way different—to find a good use for that much dough. So what’s the plan?

Charlie Stross has a suggestion. Although $150 billion might be a lot for an ordinary company, it’s a pretty modest sum if you’re thinking of capitalizing a bank. So maybe that’s what Apple plans to do with it:

I’m going to assume you know what Apple Pay is: you use your iPhone, iPad, or Watch as a trusted, authenticated identity token in a shop to pay for stuff. It ties into your bank account and basically your phone swallows your debit and credit card.

Ultimately the banks are going to discover—the hard way—that getting into bed with Apple was a bad idea….Apple is de facto an investment bank, right now: all it needs is a banking license and the right back end and regulatory oversight and risk management and it will be able to go toe-to-toe with the likes of Chase or Barclays or HSBC as a consumer bank, too.

….Here’s my theory: Apple see their long term future as including a global secure payments infrastructure that takes over the role of Visa and Mastercard’s networks—and ultimately of spawning a retail banking subsidiary to provide financial services directly, backed by some of their cash stockpile.

The FBI thought they were asking for a way to unlock a mobile phone….[They] did not understand that they were actually asking for a way to tracelessly unlock and mess with every ATM and credit card on the planet circa 2030….If the FBI get what they want, then the back door will be installed and the next-generation payments infrastructure will be just as prone to fraud as the last-generation card infrastructure, with its card skimmers and identity theft.

And this is why Tim Cook is willing to go to the mattresses with the US department of justice over iOS security: if nobody trusts their iPhone, nobody will be willing to trust the next-generation Apple Bank, and Apple is going to lose their best option for securing their cash pile as it climbs towards the stratosphere.

It’s as good a guess as any, I suppose. When you outgrow the biggest normal business sector in the world, what’s left except to become a bank?