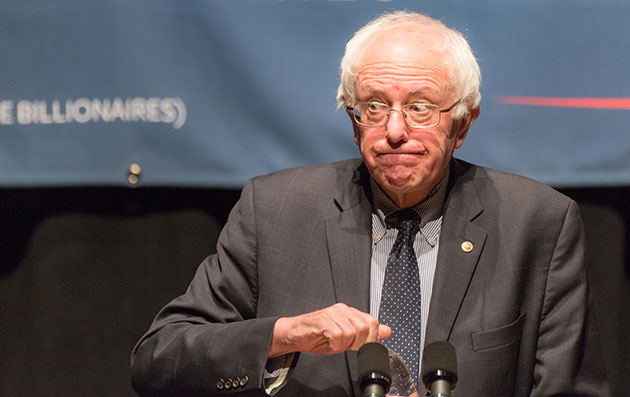 I’m not quite sure what I was doing last week when this first appeared, but I missed it. Here’s a summary from UMass Amherst professor Gerald Friedman about the impact on the economy if we adopt all of Bernie Sanders’ domestic spending proposals:

WTF? Per-capita GDP will grow 4.5 percent? And not just in a single year: Friedman is projecting it will grow by an average of 4.5 percent every year for the next decade. Productivity growth will double compared with Congressional Budget Office projections—and in case you’re curious, there has never been a 10-year period since World War II in which productivity grew 3.18 percent. Not one. And miraculously, the employment-population ratio, which has been declining since 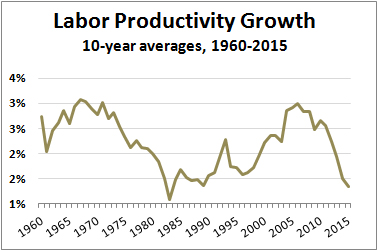 The Sanders campaign hasn’t officially endorsed this analysis, but we do have this:

Warren Gunnels, policy director for the Sanders campaign, hailed the report’s finding that the proposals are feasible and expressed hope that more people will look into them. “It’s gotten a little bit of attention, but not nearly as much as we would like,” Mr. Gunnels said. “Senator Sanders has been fighting establishment politics, the establishment economics and the establishment media. And this is the last thing they want to take a look at.

“It shows that over a 10-year period, we would create 26 million new jobs, the poverty rate would plummet, that incomes would go up dramatically, and we would have strong economic growth…It’s a very bold plan, and we want to get this out there.“

I’ve generally tried to go easy on Sanders. I like his vision, and I like his general attitude toward Wall Street. But this is insane. If anything, it’s worse than the endless magic asterisks that Republicans use to pretend their tax plans will supercharge the economy and pay for themselves. It’s not even remotely in the realm of reality. If it were, France and Germany and Denmark would by now be consumer paradises to make Croesus blush.

A group of stuffy establishment economists says “no credible economic research” supports Friedman’s analysis, which “undermines our reputation as the party of responsible arithmetic.” Or, in Austan Goolsbee’s more colorful language, Sanders’ plans have “evolved into magic flying puppies with winning Lotto tickets tied to their collars.”

Enough is enough. Everyone needs to get back to reality. This ain’t it.