For what it’s worth, I want to toss out a theory of what’s happening in this year’s GOP primary. Basically, there’s no Mitt Romney or John McCain.

Here’s what I mean. In the past two cycles, Republicans have offered us Snow White and the Seven Loons. In 2008 the loons were Mike Huckabee, Ron Paul, Fred Thompson, Rudy Giuliani, Alan Keyes, and some other also-rans. In 2012 it was Michele Bachmann, Rick Santorum, Newt Gingrich, 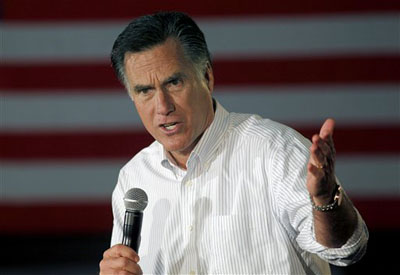 Rick Perry, Herman Cain, and a few others. Both of these primaries were clown shows, but in both cases there was one savior: John McCain in 2008 and Mitt Romney in 2012.

This year the saviors were Jeb Bush and Scott Walker, but both have turned out to be horrible candidates. Rubio is a little better on the campaign trail, but he doesn’t have the gravitas to unite the middle of the party behind him. So that leaves us with the loons. Donald Trump is currently leading the loon pack, but honestly, it could have been anyone. Ben Carson, Ted Cruz, Carly Fiorina, Rand Paul, Chris Christie. They all have loon appeal, but not quite as much as Trump (so far, anyway).

It just goes to show that Mitt Romney was a better candidate than we gave him credit for. He was too stiff and too rich, but he had presidential credibility; he was able to subdue the loon pack; he chose a non-loon as running mate; and he ran a fairly decent non-loon campaign against Obama. He didn’t win, but just imagine how much worse any of the others would have done.

So the big story isn’t so much Trump as it is the failure of the Republican Party to field even a single decent mainstream candidate. The Democrats aren’t much better, but at least they have one. The truth is that both parties seem to have an appallingly shallow bench. I don’t quite know why, but to me that’s a bigger story than Trump. He’s just the latest clown in a party full of them.