Robert VerBruggen says he’s always had a libertarian view of drug policy: legalize ’em all. We’d get less incarceration, less gang and cartel violence, and an end to 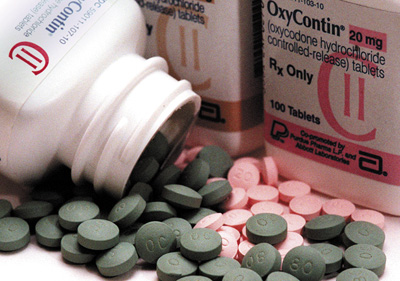 the war on drugs, all at a pretty modest cost.

Then again, maybe not:

The general consensus seems to be that in recent decades, doctors started taking patients’ pain more seriously, and thus began prescribing opioid painkillers more generously. Some patients became addicted; others got medications they didn’t need and sold them. (It appears that most addicts are not getting their drugs directly from a doctor.) Efforts to clamp down on this problem may have had an effect on painkiller overdose deaths — there was a dip in 2012 and 2013 — but 2014 saw another record high. Many addicts are switching to heroin, another opioid with a staggering and growing death toll.

Now, extrapolating from this narrative, imagine if we completely legalized all drugs, not only removing the threat of incarceration but also dramatically driving down prices.

The United States and Canada account for 83 percent of the worldwide consumption of oxycodone, the narcotic painkiller that’s caused the biggest addiction and overdose problems. No one else even comes close: Germany is in third place at 3.5 percent.

VerBruggen is right: this is an indication of what might happen if all recreational drugs were legalized. It doesn’t have to be what happens, but the laws of economics don’t magically stop when it comes to drugs. If you lower the price dramatically—both in dollars and easier availability—then consumption is going to go up. And that’s going to mean more addiction and more death. Nobody can say for sure how much more, but the Oxy epidemic suggests it could be pretty substantial.

On a related note, the famous Case/Deaton paper showing a rise in white mortality since 2000 breaks out three categories of death: suicides, liver disease (a proxy for alcohol abuse), and drug poisoning. All three have gone up, but poisoning has gone up far, far more than the others. The first two have increased about 50 percent since 2000. Poisoning has increased about 1,500 percent. This coincides with the period when Oxy became popular, and probably accounts for a big part of the difference between increased white mortality in America vs. other countries. Oxy is a famously white drug, and may also account for the fact that mortality has increased among whites but not blacks or Hispanics.

And on another related note, the damage from the Oxy epidemic is worst among the poor and working class. It’s easy to favor drug legalization when you’re middle-class and well educated. Your social group probably doesn’t include many people who abuse drugs much in the first place. Moderate users can afford their habit. And when their use turns into addiction, they usually have a strong support network to help out. It’s a problem, but not a huge one.

In poor communities, none of this is true. Drug addiction is financially ruinous. It often leads to petty crime. Support systems are nonexistent. The justice system is harsh. There are no rehab centers on the Malibu coast to help out. Drug epidemics—Oxy, meth, heroin, you name it—are devastating. It’s something to keep in mind when you consider both the costs and benefits of drug legalization. Ending the war on drugs would indeed be a huge benefit, but the costs might be higher than you think.