Cells are amazing—and amazingly complex—little micro-factories. So complex, in fact, that it took longer for eukaryotic cells to evolve—a billion years, at least—than it did for the first multicellular creature to evolve into you and me—around 700 million years.

So how did single-celled critters first join together, anyway? The Washington Post reports today on a new discovery that might explain the ancient origin of multicellular organisms that eventually became Homo sapiens. It comes from a team of researchers at 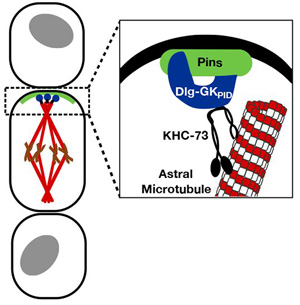 the University of Oregon. One of the co-authors is Ken Prehoda, a biochemist:

The discovery was made thanks to choanoflagellates — tiny balloon-shaped creatures that are our closest living unicellular cousins….They’re single-celled organisms, but they occasionally work together in groups, swimming into a cluster with their flagella (tails) pointing outward like the rays of a sun. At the most basic level, this coordination helps the choanoflagellates eat certain kinds of food. But it’s also an example of individual cells coming together to work as one unit, kind of like — hey! — a multi-cellular organism.

Prehoda and his colleagues began to look into what genes could be responsible for allowing the choanoflagellates to work together. “We were expecting many genes to be involved, working together in certain ways, because [the jump to multi-cellularity] seems like a really difficult thing to do,” he said.

But it turned out that only one was needed: A single mutation that repurposed a certain type of protein [so that it] could communicate with and bind to other proteins, a useful skill for cells that have decided to trade the rugged individualist life for the collaboration of a group….Every example of cells collaborating that has arisen since — from the trilobites of 500 million years ago to the dinosaurs, woolly mammoths and you — probably relied on it or some other similar mutation.

One little mutation, and single cells in a swarm could communicate slightly better than before. This presumably allowed better coordination, and thus more access to food and a better chance of survival. Or, if you prefer your science a little less comprehensible: “A molecular complex scaffolded by the GK protein-interaction domain (GKPID) mediates spindle orientation in diverse animal taxa by linking microtubule motor proteins to a marker protein on the cell cortex localized by external cues….The evolution of GKPID’s capacity to bind the cortical marker protein can be recapitulated by reintroducing a single historical substitution into the reconstructed ancestral GKPID.”

Thanks, GKPID! You don’t get all the credit (or blame) for the evolution of us humans, but without your willingness to try new things and share your feelings with your fellow proteins, we probably wouldn’t be around today.