I know I’ve beaten this dead horse before, but I continue to be a little surprised that no one has seriously attacked Donald Trump on his business acumen. After all, it’s his big calling card: he knows how to negotiate great deals and he’s made a ton of money from them.

But this doesn’t seem to be true.1 In fact, he seems to be a pretty mediocre businessman. Today, for example, the New York Times tells the story of Trump’s 1988 purchase of the Plaza Hotel. As even Trump admits, he was 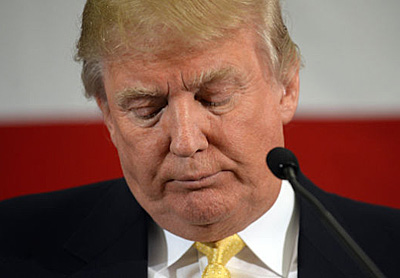 so enamored of owning it that he overpaid significantly and managed it poorly, something which contributed to his eventual financial downfall:

Once he owned the hotel, Mr. Trump put his wife, Ivana, in charge of renovating it….By 1990, the Plaza needed an operating profit of $40 million a year to break even, according to financial records that Mr. Trump disclosed at the time. The hotel had fallen well short of that goal, and with renovating expenses, in one year it burned through $74 million more than it brought in.

But Mr. Trump didn’t spend a lot of time sweating over the Plaza’s finances. He was too busy with new challenges. A few months after the Plaza deal closed, he purchased the Eastern Air Shuttle for $365 million, and in 1990, he opened the Trump Taj Mahal casino in Atlantic City, which cost $1 billion to build. Some of the loans he took out to pay for deals were personally guaranteed.

….Mr. Trump’s brief ownership of the Plaza…marked the beginning of his transition from an owner of major assets to a manager of major assets. An increasing share of his wealth would come in the future from licensing his name, not just to builders but sellers of suits, cologne, chandeliers, mattresses and more. In professional parlance, he went from “asset heavy” to “asset light.”

The Plaza was a huge money loser. The shuttle was a disaster. Trump never understood the casino business, and his Atlantic City properties started hemorrhaging cash almost as soon as they were completed. All of this pushed him to the edge of personal bankruptcy, which he avoided solely because his banks decided Trump’s holdings could be liquidated at a higher price if they allowed him to stay solvent. In the aftermath of this bloodbath, he raised money by taking the remains of his casino and resort properties public. And since this was a public company, we know exactly how well it did: it lost money every single year and went into bankruptcy proceedings in 2004 (and again in 2009 for good measure). Since then, he’s mostly bought and managed golf resorts, which has been a good but not great business for him.

Bottom line: When it comes to building and managing tangible assets, there’s really not much evidence that Trump has any special talent. He inherited a huge amount of money and nearly lost it all during his first couple of decades in the development business. However, before the money ran out he was able to use it to create the “Trump show” (his words), and in the couple of decades since then his income has come not from building things, but primarily from licensing and entertainment.

Needless to say, we’ve seen both of these talents at work on the campaign trail. The first allows him to zero in unerringly on his opponents’ most sensitive spots—weaknesses that others frequently don’t even see, let alone exploit. The second allows him to mesmerize the media and the public while pulling off the greatest scam of his life.

But as a businessman, he’s so-so. He lets his decisions be guided by his gut, and his gut isn’t really very good. That’s where Trump Plaza, Trump Air, Trump football, Trump City, the Trump Taj Mahal, Trump Steaks, and Trump University come from. That’s not much of a recommendation for the presidency.

1Needless to say, he can prove his business mettle anytime he wants to. He just has to open up his books. Show us revenues and GAAP earnings over the past 20 years. Show us return on equity and return on assets. Break it all down by business line so we can see how much is from TV and branding vs. tangible projects. There’s nothing hard about it.