I hate to pick on TV critic Todd VanDerWerff, but today he really encapsulates a pet peeve of mine:

There’s so much out there! This year, there were more than 400 scripted dramas and comedies just in primetime….So when you see that the list below starts at 35, and then see that I’ve thrown in an additional 25 runners-up, know that I’m choosing only a small fraction of a fraction of the shows I wanted to include. (My initial list of programs to either consider or catch up on ran nearly 175 titles in total)….While the number 10 is largely an arbitrary one, there is some value to conciseness, so I’ve also ranked everything. If you just want to know my top 10, 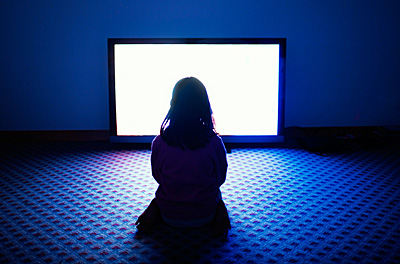 you can scroll down to that point. And if your favorite show isn’t on this list, I probably just didn’t watch it.

I get that TV spent a long time as the bastard stepchild of the critical world, routinely mocked for its boob-tube idiocy. And when genuinely great shows like The Wire and The Sopranos came along, it was something of a revelation. But this doesn’t mean that a decade later upwards of half of all TV shows are brilliant. Critics do their readers no favors when they gush about so much stuff that their recommendations no longer even seem meaningful.

I don’t begrudge anyone their favorites. As much as I’m tired of the endless parade of shows being described as brilliant, I’m equally tired of TV (and music and art and fashion) being used as cultural bludgeons against the less sophisticated. If you like NCIS, that’s fine. It’s a perfectly decent procedural. If you didn’t like Mad Men, that’s fine too. A show that spends seven years focusing on a faux mysterious protagonist and a relentlessly predictable affair of the week just isn’t everyone’s cup of tea. You shouldn’t think you have a penetrating intellect because you hate the former and love the latter.

But now I’m just ranting. Feel free to rant back, since I started this. But I will stick to my guns on one thing: There are not dozens or hundreds of great shows on TV, and being a critic is not the same as being a fanboy. If you like virtually everything you watch—and an awful lot of TV critics seem to—you really need to be more critical.