According to Google News, about 200 news outlets have picked up the story of the North Carolina town that rejected a solar farm because they were afraid it might suck up all the energy from the sun. Picker-uppers include the New York Daily News, the Sacramento Bee, numerous local TV stations, the Huffington Post, the Washington 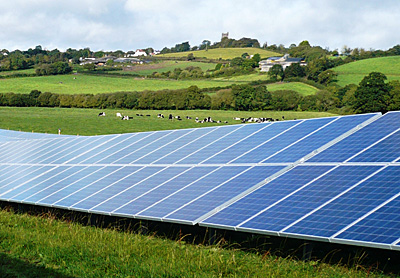 Examiner, AOL News, Engadget, Slate, and a host of others from all corners of the globe.

Where did this town’s fears come from? Andrew McCarthy investigates:

It it turns out, though, that there are not “Fears,” plural. The claim was made by a single person, one Bobby Mann. He evidently blurted it out during a town council meeting at which other residents voiced quite reasonable concerns about whether it was prudent to re-designate agricultural land to be used for manufacturing purposes, and whether the proposed zoning change would negatively affect the values of their homes. As in any group of people — like, say, a random collection of well educated journalists stationed safely north of the Mason-Dixon line, one of whose members suspects a missing jetliner has been swallowed up by a black hole1 — some members of the Woodland community expressed fears that, to the better informed, were not well grounded.

This is one of my pet peeves. We are besieged with content these days, and a lot of it is essentially based on nothing. In this case, the entire story was based literally on a single guy with a peculiar view. Who cares? There are millions of people with peculiar views who spout off about them now and again.2 This is news?

The same thing happens with “social media storms.” Sometimes they’re real. Other times, though, it’s nothing more than a few hundred tweets. Or a few thousand. But a few thousand tweets is nothing. Name practically any event that’s happened over the past century, and I can guarantee that at least a few thousand people were bent out of shape about it. Pre-Twitter, no one knew except their spouses. Today, we pretend this represents something real and start writing news stories about it.

In a country of 320 million, you can find thousands of people to say or believe almost anything. Wake me up when you get to a few hundred thousand. That’s still only a tenth of a percent of the population, but at least it’s a starting point for a line in the sand. Anything less than that is hardly worth paying attention to.

Now let’s return to the North Carolina story. Why did it inspire so much coverage? McCarthy is a conservative, and he naturally thinks it’s because it gave a bunch of well-educated urban types the chance to “portray an entire community as a collection of yahoos.” I’m not a conservative, but I think he’s probably right. It’s hard to think of any other reason for covering this story at all, let alone covering it incorrectly. If you wonder why so many non-college-educated, non-urban folks are convinced that people like us sneer at them, this is it.

1That would be CNN’s Don Lemon.

2Some of them are even running for president.