In the first Republican debate, Obamacare was barely mentioned. Over at National Review, Ian Tuttle notes that last night it was also MIA:

Beyond a few brief in media res mentions from candidates, a repeal line in Cruz’s closing address, and an allusion or two (e.g., the question about John Roberts), the president’s signature piece of legislation was a non-issue.

Which makes one wonder: Is it a non-issue?….I suspect that the anti-Obamacare fervor is in a period of quiescence. We have now seen Obamacare implemented sans “death spiral.” The website works. The Supreme Court has handed the Obama administration two affirmative Supreme Court decisions. And the president has 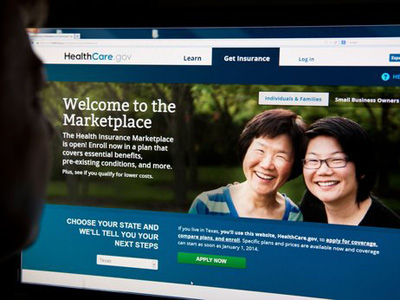 made sure to do much in the interim — immigration executive actions and Iran deals, for example — to draw fire away from his healthcare law. Conservative heads have a limited supply of steam.

Tuttle is right. Obamacare has become a brief, pro forma applause line these days, but not much more. Partly this is for the reason Tuttle rather surprisingly concedes: It’s up, it’s running, and it’s working reasonably well. The nation still stands, and it’s hard to keep whipping up hysteria for years and years over something that, it turns out, just isn’t affecting all that many people.

I don’t think this means that Obamacare is going away as a political issue. But I do think that the repeal movement has lost a lot of steam as a winning issue for Republicans. The tea party types are starting to realize that nothing in their lives has changed, and the more moderate types realize—maybe via personal experience, maybe via news reports—that it’s doing a lot of good for poor and working class folks. So it’s become something of a wedge issue: Pounding on it loses about as many votes as it gains.

This is becoming a real problem for the GOP. A lot of issues that used to be pretty reliable winners have now turned into dangerous wedge issues: gay marriage, taxes, terrorism, illegal immigration, military adventurism, abortion, crime, education, global warming, Ukraine, free trade, Social Security cuts—the list goes on and on. And this is coming at the same time that their bread and butter, the angry white guy demographic, is declining. I’m not sure what they’re going to end up doing about this. The GOP has a tough decade ahead.