August is almost over. Huzzah! Kids are back in school, the weather will soon turn balmy, and we only have to pay attention to Donald Trump for a few more days. In September we’ll have more important stuff to obsess over. Right? 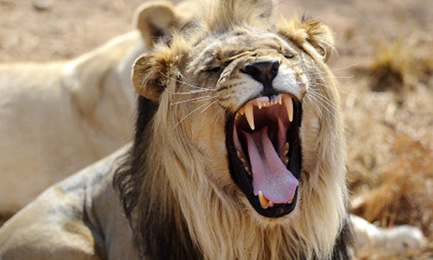 Well, we can hope. In the meantime, Dan Drezner has a question:

For this entire calendar year, I’ve heard how the current crop of GOP presidential candidates “showcase[s] the party’s deep bench of talent”….And, to be fair, this seemed to be a fair analysis. There are no fewer than nine sitting and former governors of big states in the field….And yet, after all the declarations, we’re at a political moment when Trump is clobbering all of these talented politicians in the polls — and doing so by honing the lessons he learned from reality television.

….So here’s my question: What does it say about the deep GOP bench that none of them have managed to outperform a guy who has no comparative political advantage except celebrity and a willingness to insult anyone who crosses his path?

I’ve had the same thought myself. Nor is this a partisan question: the Democrats have such a weak bench this year that there’s literally only one truly plausible candidate in the entire field. And this isn’t because Hillary Clinton is so widely beloved: there’s just no one else around who seems to have the usual bona fides to run for president. Hell, even the sitting vice president, usually a shoo-in to run, has a public persona that’s a little too goofy to make him a strong candidate.

In other words, there are hardly any decent candidates in the entire country. What the hell is going on?

But Drezner actually prompts another question that’s been rattling around in my brain: Is there anyone out there who could be the Democratic equivalent of Donald Trump? There was some inane blather earlier this month comparing him to Bernie Sanders, but that was always pretty preposterous. Sanders is a serious, longtime politician. He may be too extreme for you, but he’s not a buffoon.

More specifically: Is it even possible that someone like Trump—no political experience, buffoonish, populist, boorish—could ever make a big impact in a Democratic primary? It’s never happened before, but then, it’s never happened quite this way in the Republican primary either. It makes me wonder. What if Trump had held on to his lifelong liberal beliefs instead of “evolving” so he could compete as a Republican? What would be the fate of a liberal Donald Trump? Would a big chunk of the liberal base embrace him?