David Roberts has a long post at Vox about tech nerds and their disdain for politics. He highlights one particular tech nerd who describes both major parties as “a bunch of dumb people saying dumb things,” and jumps off from there:

There are two broad narratives about politics that can be glimpsed between the lines here. Both are, in the argot of the day, problematic.

The first, which is extremely common in the nerd community, is a distaste for government and politics….a sense that government is big, bloated, slow-moving, and inefficient, that politicians are dimwits and panderers, and that real progress comes from private innovation, not government mandates. None of which is facially unreasonable.

The second is the conception of politics as a contest of two mirror-image political philosophies, with mirror-image extremes and a common center, which 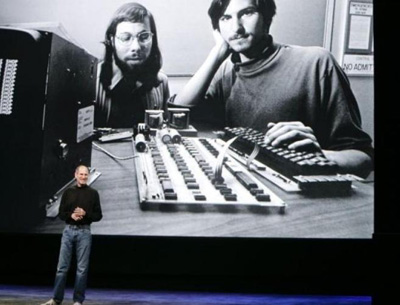 is where sensible, independent-minded people congregate.

There’s about 4,400 more words than this, so click the link if you want to immerse yourself.

But I have a little different take on all this. The truth is that politics and tech are the same thing: inventing a product that appeals to people and then marketing the hell out of it. Back in the dark ages, this was a little more obvious. Steve Wozniak invented, Steve Jobs sold. It was so common for tech companies to be started by two people, one engineer and one salesman, that it was practically a cliche.

The modern tech community has lost a bit of that. Oh, they all chatter about social media and going viral and so forth. As long as the marketing is actually just some excuse for talking about cool new tech, they’re happy to immerse themselves in it. But actually selling their product? Meh. The truly great ideas rise to the top without any of that Mad Men crap. Anyway, the marketing department will handle the dull routine of advertising and….well, whatever it is they do.

Politics, by contrast, leans the other way. Inventing new stuff helps, but the real art is in selling your ideas to the public and convincing your fellow politicians to back you. It’s all messy and annoying, especially if you’re not very socially adept, but it’s the way human beings get things done.

Well, it’s one of the ways. Because Roberts only tells half the story. As much as most tech nerds disdain the messy humanness of politics, it’s equally true that most politicians disdain the eye-rolling naivete of tech nerds. You wanna get something done, kid? Watch the master at work.

But guess what? The most successful nerds have always been the ones who are also willing to figure out what makes people tick. And the most successful politicians have been the ones who are willing to marry themselves to policy solutions that fit their time and place. That doesn’t mean that nerds have to slap backs (Bill Gates never did) or that successful politicians have to immerse themselves in white papers (Ronald Reagan never did), but wonks and hacks and nerds and salesmen all need each other. The political hacks and the tech nerds need to get together and get messy. And more important: they have to genuinely respect each other. When that happens, you have a very, very powerful combination. So get to work.