Today, Harold Pollack wins the award for….um, something. Best geek-obsessive amateur polling and chartmaking of 2015? Whatever, it’s really impressive. Man, I wish I had done this.

So here’s what he did: Last week, before the Supreme Court’s Obamacare decision was announced, Pollack asked an “elite group of health policy and legal experts” to give their predictions. Who would win? The plaintiffs or the government? He got replies from 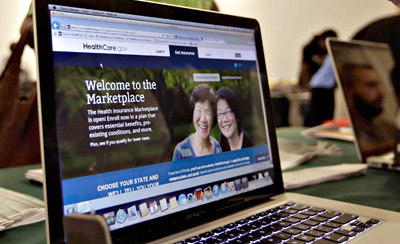 over 40 people, about three-quarters of them Democrats. With the obvious caveat that this is a nonrandom, nonscientific sample etc. etc., here’s what he found:

Although Democrats and Republicans had wildly different views of who should win, the distribution of predicted probabilities of a plaintiff victory was surprisingly similar between the two groups. Amazingly, Cato’s Michael Cannon and I offered identical prior predictions—20% probability of plaintiff victory.

Among Democrats, the median predicted probability of plaintiff victory was 40%. Among Republicans, the median was 37.5%.

Pollack has a different takeaway from some of this than I do, and you should read his post for more. But I have a different point to make. Before the decision was handed down, I noticed that in public an awful lot of experts seemed to be assuming a plaintiff victory. Conservatives were adamant that they had a slam-dunk winning case. Liberals, for their part, increasingly seemed to be in tacit agreement thanks to their pessimism about the cynicism of the Roberts court. At a guess, if you were a visitor from Mars perusing blogs and op-ed columns, you’d assume that most people thought the plaintiffs were going to win.

And yet, behind the scenes that wasn’t the case. In private, even Republicans thought victory for the plaintiffs was unlikely.

So here’s what we have in this case. In public, Republicans were sticking with confident assertions that the case was a winner on plain textual grounds. Democrats, in public, were becoming more and more resigned to a conservative victory.

And what does the public take away from all this? All we can do is guess, but I’d say most of them figured the plaintiffs had the better case. After all, both sides seemed to think so. This makes it pretty easy to generate a serious sense of outrage when, in the end, the plaintiffs lost after all.

The lesson conservatives taught us here is simple: Never let them see you sweat. Insist to the bitter end that you obviously have the better case. That’s good politics. For one thing, it might actually give you a better chance of winning. And even if it doesn’t, it makes it easier to maintain public outrage when you lose. In this case, conservatives did a pretty good job of wringing every possible advantage they could out of King v. Burwell.