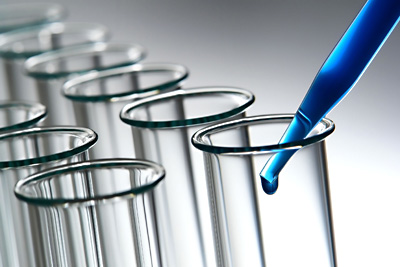 Steve Benen mentions one of my pet peeves today: politicians who want to cut spending on everything except for research on one particular disease that happens to affect them personally. A couple of years ago, for example, Sen. Mark Kirk suddenly became interested in Medicaid’s approach to treating strokes after he himself suffered a stroke. The latest example is Jeb Bush, whose mother-in-law has Alzheimer’s. I suppose you can guess what’s coming next. Here’s Jeb in a letter he sent to Maria Shriver:

I have gotten lots of emails based on my comments regarding Alzheimer’s and dementia at a town hall meeting in New Hampshire. It is not the first time I have spoken about this disease. I have done so regularly.

Here is what I believe:

We need to increase funding to find a cure. We need to reform FDA [regulations] to accelerate the approval process for drug and device approval at a much lower cost. We need to find more community based solutions for care.

As Benen points out, Bush vetoed a bunch of bills that would have assisted Alzheimer’s patients when he was governor of Florida. I guess that’s changed now that he actually knows someone with the disease. However, it doesn’t seem to have affected his attitude toward any other kind of medical research spending.

I’m not even sure what to call this syndrome, but it’s mighty common. It’s also wildly inappropriate. If Jeb wants to personally start a charity that helps fund Alzheimer’s research, that’s great. But if he’s running for president, he should be concerned with medical research for everyone. I mean, where’s the billion dollars that I’d like to see invested in multiple myeloma research? Huh?

Presidents and members of Congress represent the country, not their own families. They should get straight on the fact that if their pet disease is being underfunded, then maybe a lot of other diseases are being underfunded too. It shouldn’t take a family member getting sick to get them to figure that out.