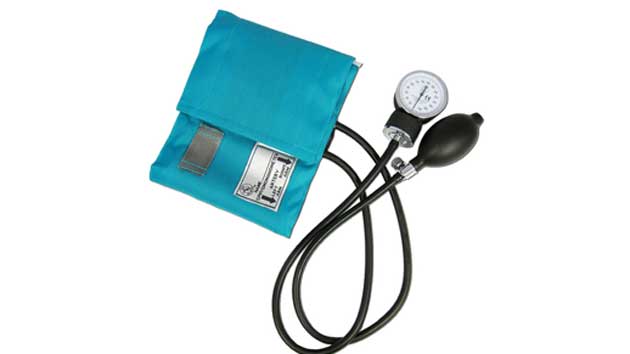 While Kevin Drum is focused on getting better, we’ve invited some of the remarkable writers and thinkers who have traded links and ideas with him from Blogosphere 1.0 to this day to contribute posts and keep the conversation going. Today we’re honored to present a post from Aaron E. Carroll.

I saw this study a few weeks ago on blood pressure treatment for nursing home residents, and I almost ignored it. There are so many like it. But it’s just ridiculous that this kind of stuff continues, and that we can’t seem to do anything about it.

Getting doctors to change their behavior is hard, and getting them to stop doing something may be even harder.

This was a longitudinal study of elderly people living in nursing homes, meaning that the authors recruited people there and then followed them for about two years. They were interested in seeing how different aspects of care were related to the subjects’ chance of dying. Almost 80 percent of them were being treated for high blood pressure (in spite of the above). A previous analysis of this study had shown that blood pressure was inversely related to all-cause mortality “even after adjusting for several confounders, such as age, sex, history of previous cardiovascular (CV) disease, Charlson Comorbidity Index score, cognitive function (Mini-Mental State Examination), and autonomy status (activities of daily living).” This study went further, to look at whether being on lots of drugs for high blood pressure was bad—even after controlling for the blood pressure relationship.

Patients in this study were on an average of seven drugs and were on at least two drugs for high blood pressure.

What the study found, to no one’s real surprise, is that the people on two or more blood pressure medications who had a systolic blood pressure of less than 130 mm Hg had a significantly higher all-cause mortality. This held true even after additionally adjusting for propensity score–matched subsets, other cardiovascular issues, and the exclusion of patients without a history of hypertension who were receiving BP-lowering agents.

We know that there’s evidence that keeping blood pressure lower in this population might be bad. Yet, many of these patients were not only being treated for “high” blood pressure—many were on multiple medications for it. Those on more medications (i.e. more treatment) were more likely to die.

Here’s the kicker: This wasn’t a study done in the United States. It was done in France and Italy—so this isn’t me bashing on the US health care system. It’s a problem that’s writ large. We find something that is bad. We find that lessening it is better. We then start to lessen it even more. Soon we’re trying to lessen it for everyone. We’re saying it’s too high in all populations, even when we don’t have evidence that’s true. We say it even as evidence builds that less is bad for lots of people.

Better clinical decision support might help, but we can’t seem to get that in electronic health records, and doctors hate those anyway. Many are still unaware that guidelines even exist.

And then when things get really bad, we act as if we weren’t to blame. From an editorial in JAMA:

It is surprising that among frail elderly patients with a systolic blood pressure less than 130 mm Hg (20 percent of the studied group), the use of multiple antihypertensive drugs was continued, because few evidence-based data support this approach.

Getting doctors to change their behavior is hard, and getting them to stop doing something may be even harder. But all of this is important, and it’s part of why health services research is so critical.

A final note: Even when I’m upset about some aspects of medicine, I’m grateful for so many others—like the ones helping Kevin right now. I’m crazy about health care. I’ll keep poking it with a stick. That’s how I show my love.