The drumbeat for President Obama to “do something” to fight ISIS is growing louder every day among prospective Republican presidential candidates. It’s all a bit weird, since Obama rather plainly is doing something, as interviewers repeatedly point out whenever the subject comes up. But no matter. It’s a good sound bite, and in any case, whatever 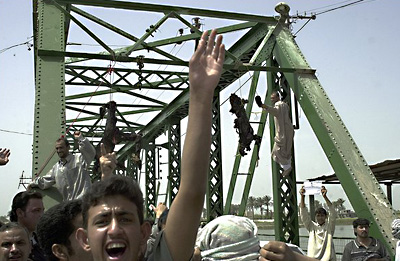 Obama is doing, Republicans insist they want to do more. Today, Paul Waldman points out that all these presidential wannabes are just reflecting what the Republican base wants to hear:

Four months ago, 57 percent of Republicans thought we should use ground troops to fight ISIS in Iraq and Syria; that number has now gone up to 67 percent. Among the conservative Republicans who will dominate the primary contests, it’s even higher, at 71 percent. When Pew asked respondents to choose between “using overwhelming military force is the best way to defeat terrorism around the world” and “relying too much on military force to defeat terrorism creates hatred that leads to more terrorism,” last October 57 percent of Republicans chose the overwhelming military force option; that number is now 74 percent.

I don’t suppose that most voters have really thought this through in much detail, but I wonder just how far they really want to go. The ISIS stronghold of Mosul, for example, is about five times the size of Fallujah, and probably has about 3-4 times as many ISIS defenders as Fallujah had Sunni insurgents back in 2004. And Fallujah was a huge battle. It took more than a year to retake the city; required something like 15,000 coalition troops in all; and resulted in more than a hundred coalition deaths.

At a first guess, a full-scale assault on Mosul would likely require at least 2-3 times as many troops and result in several hundred American deaths. And Mosul is only a fraction of the territory ISIS controls. It’s a big fraction, but still a fraction.

So this is what I want to hear from Republican critics of Obama’s ISIS strategy. I agree with them that training Iraqi troops and relying on them to fight ISIS isn’t all that promising. But the alternative is likely to be something like 30-50,000 troops committed to a battle that will result in hundreds of American casualties. Are Jeb Bush and Marco Rubio and Ted Cruz willing to own up to that? If they are, then good for them and we’ll let the American public decide who’s got the better strategy. But if they’re not, then it’s all just a con job for the rubes. The GOP candidates are screaming for “more,” but not willing to acknowledge what “more” really means.

Let’s hear it, folks. When you say “more,” what do you really have in mind? Candidates for president shouldn’t be allowed to get away with nothing more than vague grumbles and hazy bellicosity any longer. Let’s hear the plan.