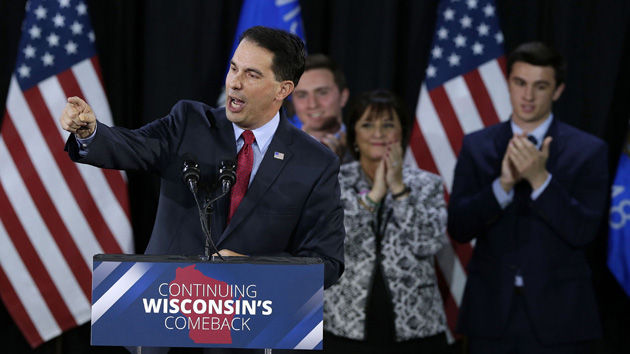 In 2012, I basically considered Mitt Romney a shoo-in for the Republican nomination. I figured that he’d hoover up most of the moderate votes—and despite all the breathless press accounts, moderates still account for at least half of GOP voters—plus a share of the tea partiers, and that was that. The rest of the field would destroy each other as they fought over their own sliver of the tea party vote, eventually leaving Romney battered and unloved, but triumphant.

Sure enough, that’s what happened. But I don’t see a strong moderate in the field right now. I suppose Jeb Bush and Chris Christie come the closest, but even if they run, they strike me as having some pretty serious problems. Romney was willing to adopt tea party positions across the board, even as he projected a moderate, adult persona, but neither Christie nor Bush will kowtow in quite that way. That’s going to cause them problems, and Christie’s fondness for showy confrontations is going to be an additional millstone around his neck. Either one might win, but neither seems like an especially likely nominee to me.

All this is a long way of explaining why I think Scott Walker is the frontrunner. He has a record of governance. His persona is generally adult. He doesn’t say crazy stuff. Relatively speaking, he’s attractive to moderates. But at the same time, the tea partiers love him too. The big strike against him, of course, is that he’s lousy on TV. He’s a terrible public speaker. And he’s just boring as hell. However, Ed Kilgore perfectly explains why this doesn’t make him another Tim Pawlenty or John Kasich:

This is why Walker is so very commonly compared to Tim Pawlenty in 2012; the Minnesotan was perfectly positioned to become the most-conservative-electable-candidate nominee in a large but shaky field. And he wound up being the first candidate to drop out, before a single vote (other than in the completely non-official Ames Straw Poll) was cast. His sin was congenital blandness, and the defining moment of his campaign was when he all but repudiated his one great zinger: referring to the Affordable Care Act as “Obamneycare.”

But TPaw’s demise does point up one big difference between these two avatars of the Republican revival in the Upper Midwest: nobody suspects Scott Walker may be too nice for his party. He may be bland, and a bad orator, but his bad intent towards conservatism’s enemies is unmistakable. He’s sorta Death by Vanilla, or a great white shark; boring until he rips you apart. I think Republican elites get that, and it excites them. But how about voters?

Mitt Romney managed to base nearly his entire campaign on hating Barack Obama more than anyone else. It worked. Whenever someone started to score some points against his sometimes liberalish record in Massachusetts, he’d just launch into an over-the-top denunciation of Obama and the crowd would go wild. Walker can do the same thing, but without the artifice. Unlike Romney, he really has been fighting liberals tooth and nail for the past four years, and he has the scars to prove it. This will go a long, long way to make up for a bit of blandness.

Besides, it’s worth remembering that people can improve on the basics of campaigning. Maybe Walker will turn out to be hopeless. You never know until the campaign really gets going. But if he’s serious, he’ll get some media training and start working on developing a better stump speech. A few months of this can do wonders.

Predictions are hard, especially about the future. But if he runs, I rate Walker a favorite right now. If his only real drawback is Midwestern blandness—well, Mitt Romney wasn’t Mr. Excitement either. Walker can get better if he puts in the work. And if he does, he’ll have most of Romney’s upside with very little of the downside. He could be formidable.