What’s the hottest ticket in the global bond market right now? That’s right: Argentine bonds. They’re on a tear. But why? Didn’t Argentina just lose—once and for all—its court case against vulture funds who own old Argentine bonds and are 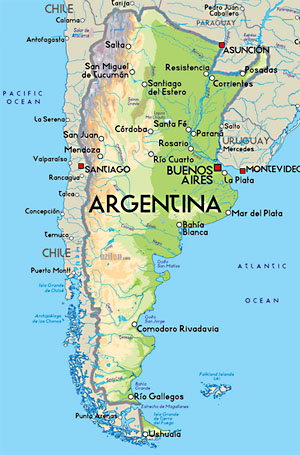 refusing to accept partial payment of the kind that everyone else accepted after Argentina’s default a decade ago?

Why yes, they did lose. Argentina now has to pay the vulture funds—which is politically unthinkable for any Argentine politician who wants to avoid being tarred and feathered—or else it has to default on all its bonds, including the restructured “exchange” bonds that it issued in 2005. So why are these exchange bonds becoming more valuable? Argentina has always been willing to pay those bonds, so it’s not as if the court ruling has made default less likely. The risk of default was already close to nil. So what’s up?

Felix Salmon, having gotten tired of financial journalists offering up bizarre theories to explain this, tells us today that it’s probably all simpler than it seems. In fact, the odds of default have gotten higher, just as logic dictates, but this might actually be a good thing for bondholders. Normally, he points out, there’s no upside to bonds: you get the coupon payment, but you never get anything more. In Argentina’s case, however, that might not be true.

First off, there’s something called a RUFO clause. This means that if Argentina does eventually settle with the vulture funds, it has to offer the same deal to all the other bondholders.

Obviously, Argentina doesn’t have the money to pay out the exchange bondholders in full according to that clause. But if Argentina is paying out billions of dollars to vultures who deserve much less than they’re getting, and if those payments create a massive parallel legal obligation to the bondholders who cooperated with the country and did everything they asked, then it’s not unreasonable to expect that Argentina might end up paying something to the exchange bondholders, if doing so would wipe out any RUFO obligations.

Then there are interest payments:

The second way that exchange bondholders could get more than 100 cents on the dollar is, paradoxically, if there is a default. The minute that Argentina goes into arrears on its coupon payments, the clock starts ticking. From that day onwards — and actually, that day has been and gone already — bondholders are owed not only those coupon payments but interest on those coupon payments. And the interest accrues at the standard statutory rate of 8% — a massive number, these days.

So there you have it: a paradoxical case in which bonds might be viewed as more valuable if the odds of default are higher. Salmon admits that he’s just speculating here, since no one knows for sure why the market is so hot for Argentine bonds in the wake of Argentina losing its court case. But this is at least a reasonable guess. And a fascinating one.