Now that billionaire eccentric Tim Draper has gotten enough signatures to qualify his “Six Californias” initiative for the ballot in 2016, I can no longer imperiously demand that the media stop paying attention to him. If this is going to be a ballot measure then it’s obviously a legitimate news story.

So a friend emailed this morning to ask what Draper’s deal is. Beats me. Officially, his motivation is a belief that California is simply too big to govern. As plausible as this is, it’s hardly a sufficient explanation. So what is it that’s really eating him? Well, 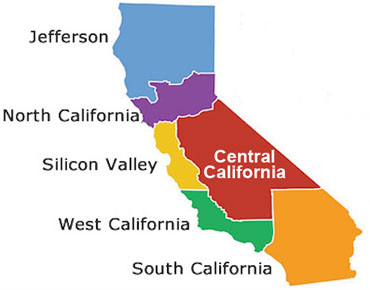 Draper is a Silicon Valley venture capitalist, so a few months ago Time asked him about that particular sixth of California:

How would you like to see things done differently in Silicon Valley, if it had its own government?

The issues of Silicon Valley are things like when Napster came out. No one knew how the law should be handled. It was a new technology. And no one quite knew whether it had some violation of copyright or not … And the people who were making those decisions were very distant, and not familiar with what Napster was. Now we have Bitcoin. We have very uncertain laws around Bitcoin. I believe if there were a government closer to Silicon Valley, it would be more in touch with those technologies and the need for making appropriate laws around them. Silicon Valley is seeing great frustration. They see how creative and efficient and exciting life can be in a place where innovation thrives, and then they see a government that is a little lost.

This makes no sense, since both copyright law and monetary policy are set in Washington DC, not Sacramento. But let’s accept that Draper was just burbling a bit here, and not hold him to specifics. What’s his beef? Basically, he appears to be retailing a strain of techno-libertarian utopianism or something. Information wants to be free! Technology will save us all! Just get government out of the way!

Or something. I don’t know, really. The whole thing is crazy, and it’s yet another example of how easy it is for billionaires to get publicity. Paying a signature-gathering firm to get something on the ballot in California is pretty trivial if you have a lot of money, and it automatically gets you a ton of exposure. So now Draper has that. But what’s the end game? Even if his initiative passes, he knows perfectly well it’s going nowhere since Congress will never approve it. So either (a) he’s just a crackpot or (b) he has some clever reason for doing this that’s going to make him even richer. It’s a mystery.