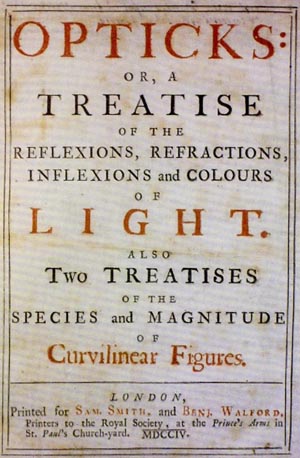 Here’s a Twitter conversation this afternoon between Jamison Foser and me:

Foser: Dumbest words in politics: “Optics,” “Gaffe,” “Hypocrisy.” (That latter one is a real thing, but misused to the point of meaninglessness.)

Drum: But “optics” is just short for “how this will look to others.” Nothing really wrong with that.

Foser: “Optics” = “I cannot articulate a substantive problem with this, so I’ll just suggest others won’t like it.” It’s a house of cards.

Drum: But don’t politicians routinely consider the optics of their actions? I mean really, genuinely, think about it. It’s a real thing.

Foser: Not sure why that means anyone should care, or how that validates 99% of use of word by reporters/operatives/pundits….And I’ve really, genuinely thought about it for a couple decades.

Drum: What word would you suggest instead? The concept itself is pretty ordinary.

Foser: I don’t think we need a word for “people might not like the Congressman’s cheesesteak order.” I think we need to shut up about it.

Drum: Hmmm. It’s a slow day. Maybe I’ll blog about this since I think my disagreement is more than 140 characters long.

Foser: Then here’s another angle: To the extent “optics” claims are about “analyzing” rather than sneakily influencing reactions, I find that pointless as well. “Here’s what I think people will think” is generally dull & unimportant.

Here’s the thing: like most anything, there are good uses of the word optics and dumb uses of the word optics. To the extent that it becomes an excuse for fatuous preoccupations with Al Gore’s earth tones or Hillary Clinton’s speaking fees, then yes, it’s dumb. The world would be a better place if campaign beat reporters spent a lot less time on this kind of soul-crushing imbecility.

But that’s not the only use of the word. As I mentioned in my first tweet—though see the note below for more about this—it’s also used as a shortcut for a specifically political meaning of “how something will look to other people.” And if you object to that, then you’re just railing against human nature. Unless you’re clinically autistic, obsessing with how our actions will appear to others is fundamental to the human condition. Ditto for obsessing with other people’s appearances.

That’s especially true for anyone in the sales and marketing business, where appearances are literally what the job is all about. And who’s more in the sales and marketing business than a politician? Sure, they have actual products—universal pre-K, cutting tax rates, whatever—but most people don’t buy their products based on a Brookings white paper outlining the pros and cons. They buy it based on how it fits into their worldview, and that in turn owes more to how it’s sold than to what’s actually being sold.

So when you try to figure out why, say, Marco Rubio’s immigration reform plan crashed and burned, you’re missing half the story if you only look at the details of his plan. If you’re covering a campaign, you’re missing half the story if you don’t report about how the campaign is trying to mold public perceptions. If you’re writing a history of the Iraq War, you’re missing half the story if you don’t spend time explaining the marketing campaign behind the whole thing. For better or worse, politicians spend a lot of time thinking about how various audiences—supporters, opponents, undecideds, pundits, members of Congress, the media—will react to their proposals, and they shape their messages accordingly. If you’re reporting on politics, you have to include that as part of the story, and optics is as good a word as any to describe it.

That said, we’d be better off if there were fewer dumb appeals to optics. If you’re going to talk about optics, it should be based on either (a) ground-level reporting about what someone’s political operation is actually doing, or (b) empirical data like poll numbers about how people react to things. If all you’re doing is inventing stuff that no one on the planet would have noticed if you hadn’t been hard up for column material, then you’re responsible for making us collectively stupider and giving optics a bad name. Knock it off.

FULL DISCLOSURE: I’ve defended the word optics against critics before, which suggests that in my mind I really do think it’s OK to use it:

When someone says “optics,” for example, I know that they’re talking not just about general appearances, but about how something plays in the media and how it plays with public opinion. Using the word optics also suggests that you’re referring to a highly-planned operation managed by media pros, not just some random event on the street.

On the other hand, I don’t actually use the word very much myself, which suggests that in my heart I agree with Foser more than I’m letting on.