I’ve had a friendly argument with Greg Sargent for some months about whether immigration reform was dead, or was merely on life support and still stood a chance of resuscitation. But in a way, it may turn out we disagreed a little less than we thought. He points me today to this Politico story:

Last summer, House Speaker John Boehner (R-Ohio) privately told the National Hispanic Christian Leadership Conference that if reformers won the August recess, then Republicans would move a bill in the fall. But the Syria crisis, the government shutdown and the botched rollout of HealthCare.gov consumed attention through the end of 2013.

….As recently as this month, however, there was more movement in the House than previously known….But then Majority Leader Eric Cantor (R-Va.) lost his Republican primary election. And young children from Central America crossed illegally over the southwestern border in record numbers. Those two unforeseen events killed any remaining chance for action this year.

….For their part, reformers underestimated how impervious most House Republicans would be to persuasion from evangelicals, law enforcement and big business, and how the GOP’s animus toward Obama 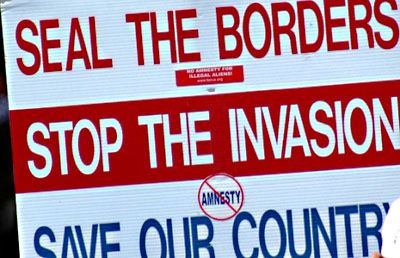 over health care and executive actions would bleed into immigration reform.

Before last summer I didn’t think immigration reform was irretrievably dead. I thought it was damn close, but it wasn’t until fall that I was pretty sure it was, indeed, completely dead. And that’s pretty much my read of what Politico says. (Though, as it happens, I wouldn’t actually put much stock in John Boehner’s promise to the NHCLC, since it sounds mostly like something he said merely to avoid gratuitously pissing off a constituency, even though he knew perfectly well the reformers weren’t going to win the August recess.)

I’d say the last paragraph of the excerpt is key. The reformers may have kept up their hopes, but for some reason they simply didn’t understand just how hellbent the tea partiers were against any kind of serious immigration reform. I, on the other hand, being a cynical liberal, understood this perfectly. They were never going to bend—not no how, not no way—and Boehner was never going to move a bill without them.

The canary in the coal mine was always Marco Rubio. He genuinely wanted reform; he genuinely worked hard to persuade his fellow conservatives; and he genuinely had credibility with the tea party wing of the GOP. But by the end of summer, he understood the truth: it wasn’t gonna happen. At that point, he backed away from his own bill, and that was the death knell. No base, no bill. And by the end of summer, it was finally and definitively clear that the base just wasn’t persuadable.

In any case, Republicans have now abandoned even the pretense of working on immigration reform, and Sargent says they’ll come to regret this:

The current crisis is actually an argument for comprehensive immigration reform. But [Rep. Bob] Goodlatte — who once cried about the breakup of families — is now reduced to arguing that the crisis is the fault of Obama’s failure to enforce the law. Goodlatte’s demand (which is being echoed by other, dumber Republicans) that Obama stop de-prioritizing the deportation of the DREAMers really means: Deport more children. When journalist Jorge Ramos confronted Goodlatte directly on whether this is really what he wants, the Republican refused to answer directly.

….This is the course Republicans have chosen — they’ve opted to be the party of maximum deportations. Now Democrats and advocates will increase the pressure on Obama to do something ambitious to ease deportations in any way he can. Whatever he does end up doing will almost certainly fall well short of what they want. But determining the true limits on what can be done to mitigate this crisis is now on him.

I don’t know what Obama is going to do. For years, he followed a strategy of beefing up enforcement in hopes of gaining goodwill among conservatives. In the end, all that accomplished was to anger his own Hispanic supporters without producing anything of substance. At this point, there’s no downside to taking maximal executive action, so he might very well do that. But will he do it before or after the midterms? Or just give up and move on to other things? Hard to say.