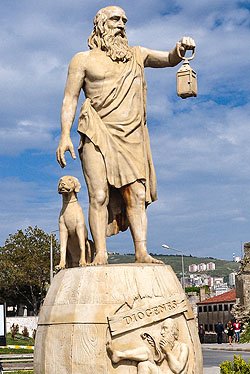 Just before lunch I wrote a post suggesting that if conservatives win their fight against Obama’s recess appointments, they’re probably just shooting themselves in the feet since the most likely victims will be fellow conservatives. Over at The Corner, Charles C. W. Cooke takes exception:

As a matter of practical politics, this may be true. Nevertheless, the “nice work, conservatives” line only makes sense if one presumes that all that matters in a system of government is raw political power, and that the role of the citizenry is to try to bend the rules for the short-term favor of their chosen party. I can only speak for myself and for the many conservatives who, like me, have kicked up a fuss over this, but I can assure you that the checks and balances contained within the Constitution really do matter to us.

….Republicans and Democrats alike ignore the Constitution when it suits them. Indeed, that politicians are self-interested and that they will subjugate principle to personal political profit is precisely why we have a codified charter of power. This notwithstanding, there is no reason for unaffiliated writers to look at these questions with such a cynical, will-to-power eye — especially when they write for an outlet that sees itself as continuing the traditions of a woman whose raison d’être was, she said, to “abide where there is a fight against wrong.”

Let’s stipulate that I’m pretty cynical when it comes to this kind of stuff. But am I wrong? My take is that liberals and conservatives tend to be tolerably consistent and principled on matters of policy. Working politicians obviously tailor their messages depending on when, where, and to whom they’re speaking, but generally speaking, liberals aren’t going to suddenly oppose national healthcare just because Obamacare is having some growing pains and conservatives aren’t going to suddenly favor high capital gains rates just because bankers have become a wee bit unpopular.

However, when it comes to matters of process, neither liberals nor conservatives tend to be very principled. Both sides have switched their view on filibuster reform based on who happens to be in power, for example. Likewise, they’ve traded places on their tolerance for broad claims of executive power between the Bush and Obama administrations.

Both sides will claim that there are subtle differences that justify these switches. Spare me. It happens too often to be anything other than picking whichever rule happens to favor your side. So here’s my question: