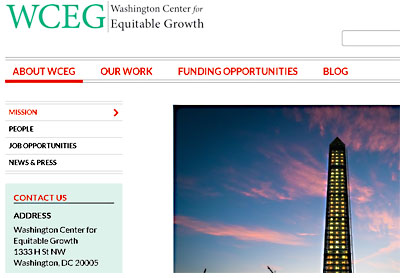 This argument follows a simple causal chain: unequal growth concentrates wealth in the hands of a tiny slice of consumers who can only spend so much money. In turn, the vast majority of earners are left with little extra cash for goods and services. Resulting weak demand undermines growth. Low growth makes everyone poorer than they otherwise might be, including those who own the means of production. Inequality produces other bad economic outcomes, too, such as the underutilization of the nation’s human capital, inadequate public investment in both human and physical capital, and social ills that are costly to address, diverting away resources from investment.

The basic idea here is that low and middle-income people spend most of their income, while rich people spend only a fraction of what they earn. So if the rich get a bigger share of total income, then total consumption goes down and the economy flounders. Here’s a simple example to give you an idea of how this works. Suppose a country has a total income of $1,000. Furthermore, rich people spend half the money they make while everyone else spends their entire income:

This makes a lot of intuitive sense. Unfortunately, the evidence doesn’t really seem to support it. “I’ve been surprised at just how much the rich can spend,” said Jared Bernstein, former chief economist to Joe Biden, when I called to ask him about this last year. He’s a pretty progressive guy, but he just didn’t think there was much convincing research to back this theory.

However, there are some other theories that strike me as better grounded. One theory suggests that as inequality goes up, the rich save more and the middle class borrows more, eventually causing an economic crisis when the debt bubble bursts. There’s also an argument that rising inequality leads to the financialization of an economy, which produces economic instability. Or that rising inequality produces political instability as the rich gain more and more influence on the levers of politics. Or that inequality leads to poorer educational opportunities for the middle class, which in turn produces low growth.

Are any of these correct? I happen to particularly believe the first one might be, but the plain truth is that it’s still pretty speculative. You can state the thesis in a few paragraphs (simple example here, more scholarly example here), and that’s about all there is to say about it. To go further, we need evidence, and this is why all of us on the left should be pleased at the founding of the Washington Center for Equitable Growth, which is dedicated to commissioning serious research on the causes of inequality and how they relate to economic growth.

For myself, I’ll happily continue to favor lower levels of inequality purely for reasons of basic fairness and human decency. It’s just flatly obscene for the top 10 percent to be hoovering up nearly all the fruits of economic growth while everyone else stagnates. I can’t think of any reason why anyone would consider this an acceptable state of affairs. Nonetheless, as Callahan notes, that’s not enough for most people. If we want to convince them that this is a problem worth addressing, we need other arguments.