Alex Tabarrok writes today that layaway plans don’t make sense. He’s right. As a matter of pure economics, you’ll almost certainly be better off saving the money, earning interest on it, and then using it to buy the stuff you want after you’ve saved enough. So why do people do it?

Like so many ultimately well-meaning articles about the poor I read on the internet, it’s seems to me that Tabarrok doesn’t understand layaway because he’s never been poor (although I don’t actually know). Let’s imagine a situation for layaway. You are 11 years old. It’s July. Your family doesn’t have much money. Getting new school clothes is a big deal because you don’t get very many new clothes in a year and you want to wear them on the first day of school. Your parents are really worried about this. They want to buy you the new clothes. They also know that they will 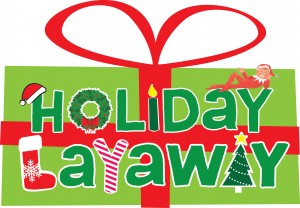 have a really hard time actually saving the money to purchase them all at once. So they put them on layaway at the Target or Walmart and make the payments, hoping to have them all paid off before school starts.

How would I come up with this scenario? Because I was that 10 or 11 year old and my parents used layaway to get me those new clothes I wanted….In a so-called rational economic world, layaway might not make sense. In the real world that actually people live and operate in it makes a ton of sense, even if it is bad economics. People can’t save money easily. It’s actually a more secure investment to pay some of it up front, which commits the individual to buying the product and makes acquiring it probable, but also gives the buyer some leeway if disaster strikes.

I’ve never been poor, but I dealt with plenty of layaway customers back when I ran a Radio Shack store in the early 80s. My customers probably weren’t all that poor either, but neither were they especially well off, and they understood themselves well enough to realize that they needed some kind of prod to stick to a savings plan. Layaway provided it. Economically it didn’t make sense, but on a purely human level it made a ton of sense.

It’s also worth noting that the economic case against layaway is thinner than it seems. Suppose you put a $300 item on layaway for four months. What’s the opportunity cost? Roughly speaking, it’s the interest you could have earned on that money, which for most of us is around 2 percent or less these days.1 That’s a grand total of one dollar over the course of four months. Frankly, if layaway really does provide a psychological prod to make the payments, it’s not a bad deal at all.

1For some low-income families who don’t have enough money to even qualify for a no-fee savings account, it might actually be more like zero percent in practice.