Robert Costa reports that the tea partiers have won: John Boehner will allow the House to vote on a budget resolution that defunds Obamacare while fully funding everything else. There may be some wee problems, though:

But getting such a CR through the Democratic Senate and signed into law will be very difficult — and many House Republican insiders say a “Plan B” may be needed.

Here’s how my sources expect the gambit to unfold: The House passes a “defund CR,” throws it to the Senate, and waits to see what Senator Ted Cruz and his allies can do. Maybe they can get it through, maybe they can’t. Boehner and Cantor will be supportive, and conservative activists will rally.

But if Cruz and company can’t round up the votes, the House leadership will likely ask Republicans to turn their focus to the debt 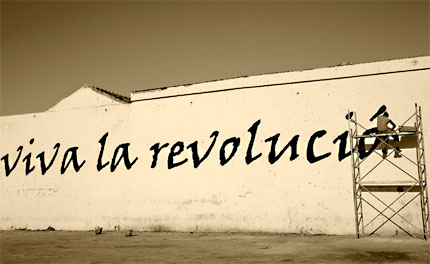 limit, avoid a shutdown, and pass a revised CR — one that doesn’t defund Obamacare.

It cracks me up that Costa is able to repeat this stuff with a straight face. I guess he has to in order to stay in the good graces of his sources. But here’s how it’s really going to play out: The House will pass this bill. Tea partiers everywhere will rejoice. And that will be it. Harry Reid will just laugh and toss it in the dustbin.

Boehner will then beg the lunatic wing of his party to get serious. They will threaten to hold their breaths until their faces turn blue. Boehner will sigh and toss off a pro forma speech about how President Obama needs to “get serious” about the deficit. He will then spend some time with Eric Cantor, and ask him for permission to pass a grown-up CR with some Democratic votes. If Cantor decides to let him, that’s what he’ll do. If not, there will be a government shutdown accompanied by dancing in the streets and solemn promises to hold out forever. But the public, to the apparent surprise of the tea partiers, will run out of patience very quickly. Democrats will start previewing campaign ads for next year. Phones will ring off the hook. Poll numbers will plummet. Suddenly La Revolución won’t seem quite as much fun anymore. The whole thing will then peter out amid much acrimony and scapegoating while Erick Erickson mutters on his blog about how Republicans can never be trusted to stand their ground in support of true conservatism.

Something along those lines, anyway.