Sam Stein reports that the Obama White House briefed members of Congress on the PRISM program 22 times between October 2011 and December 2012. However:

The fact that 22 meetings and briefings were held for members of Congress does help the administration argue its case that this wasn’t simply an example of executive overreach. That said, it’s impossible to know — without receiving notes from the meeting — whether or not the PRISM program was discussed during the sessions, or whether the meetings were more broadly about Section 702.

This gets to one of the reasons that I remain conflicted about all this. The PRISM program itself, as near as I can tell, is mostly a technical means of transmitting data and making it available to analysts. I’d like to understand it better, but the truth is, unless you’re a bit of a geek you probably shouldn’t care 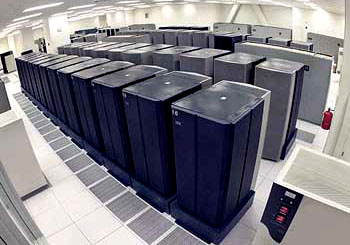 about it much. It’s hardly a revelation that the intelligence community uses software to manage its huge masses of data, after all.

What you should care about is Section 702 of the FISA Amendments Act and how it’s being interpreted. In other words, you should care about what data NSA has, not what software they use to manage it. So far, though, all the leaks about PRISM haven’t really given us any insight into that. We’ve known for a long time that various agencies have ramped up their use of warrants and National Security Letters to demand data from tech companies, and we’ve been suspicious for a long time about just how broad this data collection is. Today, in the wake of all the PRISM leaks, we’re even more suspicious—but we don’t know anything more than we used to. What I’d like to see are the warrants themselves and the minimization procedures attached to them, but so far nobody’s leaked any of those.

I feel the same way about the NSA phone surveillance program. When Glenn Greenwald first broke the story, I was a little puzzled, and I still am. This program began in 2002. It was exposed in 2005 and created enormous controversy. In 2007 and 2008, Congress gave it a legal basis. There has never been any suggestion that it was shut down, and I can’t figure out why anyone would have thought it ever was. I sort of feel like this was a fight we lost years ago.

Bottom line: I’m happy that this is getting another round of scrutiny, but I’m still not sure what I’ve learned that I didn’t already know. That will require either different leaks or else a decision by the White House to produce a serious white paper about our nation’s surveillance programs—something I’ll bet they could do without seriously endangering any of them. Unfortunately, the presidential candidate who campaigned on his commitment to more transparency in these programs doesn’t seem inclined to do that now that he’s sitting in the Oval Office. So I guess we’ll have to rely on more leaks instead.