The subpoena of AP phone records over what seems like a fairly routine leak has puzzled me from the start. Why did the administration go so ballistic over this? Today, the LA Times helps me understand what was going on. Apparently the leak compromised the efforts of an al-Qaeda mole who had been recruited by British intelligence and was one of our prized assets:

His access led to the U.S. drone strike that killed a senior Al Qaeda leader, Fahd Mohammed Ahmed Quso, on May 6, 2012. U.S. officials say Quso helped direct the terrorist attack that killed 17 sailors aboard the U.S. guided-missile destroyer Cole in a Yemeni harbor in October 2000.

The informant also convinced members of the Yemeni group that he wanted to blow up a U.S. passenger jet on the first anniversary of the U.S. attack that killed Osama bin Laden in Pakistan. They outfitted him with the latest version of an underwear bomb designed to pass metal detectors and other airport safeguards, officials say.

The informant left Yemen and delivered the device to his handlers, and it ultimately went to the FBI’s laboratory in Quantico, Va. Intelligence officials hoped to send him back to Yemen to help track more bomb makers and 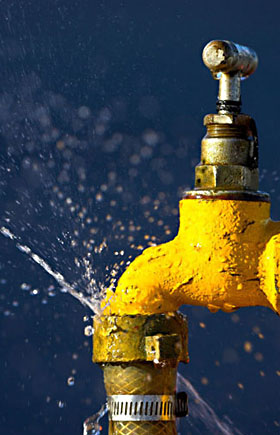 planners, but the leak made that impossible, and sent Al Qaeda scrambling to cover its tracks, officials said.

The AP states in the article that it published only after being told by “officials” that the original “concerns were allayed.”….That may be the case, but the government was still incensed by the leak. In fact, it appears that officials were livid. As my Reuters colleagues Mark Hosenball and Tabassum Zakaria reported last night, the government found the leak so threatening that it opened a leak investigation before the AP ran its story.

Now, what would make the Obama administration so furious? My guess is it wasn’t the substance of the AP story that has exasperated the government but that the AP found a source or sources that spilled information about an ongoing intelligence operation and that even grander leaks might surge into the press corps’ rain barrels.

And that’s the key. The AP story itself didn’t mention anything about a double agent. But apparently, the fact that AP had found itself a leaker got officials scared that the existence of the mole might become public. And as Shafer documents at length, that’s exactly what happened:

What not for the U.S. government to like here?

Likewise, the next time the CIA or foreign intelligence agency tries to recruit a double agent, the candidate will judge his handlers wretched secret keepers, regard the assignment a death mission and seek employment elsewhere.

Last, the leaks of information — including those from the lips of Brennan, Clarke and King — signal to potential allies that America can’t be trusted with secrets. “Leaks related to national security can put people at risk,” as Obama put it today in a news conference.

The ultimate audience for the leaks investigation may not be domestic but foreign. Obviously, the government wants to root out the secretspillers. But a country can’t expect foreign intelligence agencies to cooperate if it blows cover of such an operation. I’d wager that the investigations have only begun.

You can decide for yourself whether the government’s reaction to all this was reasonable and proper. But for the first time I feel like I understand what might have motivated them, and I thought I’d pass that along.