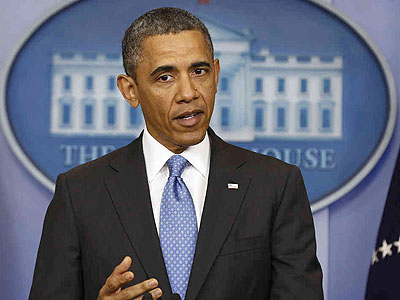 Dave Weigel notes that one particular conservative talking point has clearly caught on:

Score one for Republicans: The White House’s insistence that Obama learned of every scandal “by reading the news” has become a punchline.

To the extent that this is just political attack-doggery, I don’t really care about it. It’s what you expect when the opposition party smells chum in the water. But we’ve been hearing this from mainstream reporters too, and it’s a whole lot less defensible there. Chris Matthews, for example, was howling the other day about Obama’s ignorance of the AP phone record subpoena, which he thought was indefensible. “You don’t think Bobby would have called Jack?” he asked incredulously. And he’s right: Bobby would have called Jack. And that would have been wrong, which is why the Justice Department is now kept at a much greater distance from the White House. This is universally considered a good thing, which explains Jay Carney’s “Are you serious?” when he was asked about this by reporters a few day ago. Surely we haven’t forgotten so soon after Watergate exactly why we prefer for the president to be kept very far away from criminal investigations?

Ditto for the IRS, which for similar reasons is an agency that we’ve deliberately set up to be independent of the president. We don’t want the president to have any influence over the IRS, and we don’t want him kept apprised of the details of ongoing inquiries. It would have been a scandal if Obama had known any details about the IG investigation of the IRS’s tea party targeting.

By chance, two of our three current “scandals” happen to involve agencies that we really do want to retain their independence from the president. (Benghazi is different, but there’s no scandal there in the first place.) As the feeding frenzy moves into high gear, I hope everyone remembers this. Ask all the tough questions you want, but let’s not pretend, even jokingly, that Obama should have known more about investigations at DOJ or the IRS. That’s exactly the opposite of what we want.