Maureen Dowd was widely pilloried over the weekend for writing this:

How is it that the president won the argument on gun safety with the public and lost the vote in the Senate? It’s because he doesn’t know how to work the system….The White House should have created a war room full of charts with the names of pols they had to capture, like they had in “The American President.” Soaring speeches have their place, but this was about blocking and tackling.

Instead of the pit-bull legislative aides in Aaron Sorkin’s movie, Obama has Miguel Rodriguez, an arm-twister so genteel that The Washington Post’s Philip Rucker wrote recently that no one in Congress even knows who he is.

The president was oblivious to red-state Democrats facing tough elections. Bring the Alaskan Democrat Mark Begich to the White House residence, hand him a drink, and say, “How can we make this a bill you can vote for and defend?”

My objectivity about Dowd’s advice is questionable, since I’ve been gobsmacked for years that the New York Times continues to publish her tedious rambles. I’m only surprised that her internal censor wasn’t quite sharp enough to understand that this particular critique—Obama should 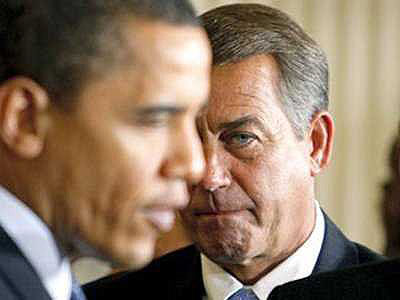 do things like they do in the movies!—was laughable even by her standards.

Still and all, maybe this is a good oppportunity to talk—yet again—about presidential power in domestic affairs. Presidents obviously aren’t powerless: they have agenda setting power, they have agency rulemaking power, and they’re always at the table since nothing becomes law without their signature. This provides them with a certain amount of leverage. But not much. The truth is that presidents have never had all that much personal power in domestic affairs. Modern presidents have largely succeeded when they had big majorities in Congress (FDR, LBJ, Reagan, Obama’s first two years) and failed when they didn’t. That’s by far the biggest factor in presidential success, not some mystical ability to sweet talk legislators.

But there’s more to this. Dowd’s real problem is that she hasn’t kept up with either academic research or simple common sense over the past half century. She’s still stuck in the gauzy past when presidents really did have at least a bit of arm-twisting power. LBJ’s real source of success may have been an overwhelming Democratic majority in Congress, but it’s also true that he really did have at least a few resources at hand to persuade and threaten recalcitrant lawmakers. The problem is that even those few resources are now largely gone. The world is simply a different place.

Party discipline, for example, is wildly different than it used to be. The party apparatus itself, which the president heads, has far less power than it used to have to compel support for a president’s agenda. At the same time, parties are far more ideologically unified than in the past, which means that picking off a few members of the opposition party is much more difficult than it used to be.

And that’s not all. Earmarks and pork barrel budgeting in general are largely gone. You can partly blame Obama for this state of affairs, since he was in favor of getting rid of earmarks, but this is something that affects all lawmaking, not just guns. The budget barons of the Senate simply don’t have the power any longer to make life miserable for backbenchers who don’t toe the president’s line.

In fact, party leaders don’t have very much power at all over backbenchers anymore. The days are long gone when newly elected members spent years quietly working their way up the seniority ladder and providing reliable votes for the party along the way. These days, they vote the way they need to vote, and there’s very little anyone can do about it. Even threats to withhold fundraising are mostly empty. Party leaders need them more than they need party leaders, and everyone knows it.

Finally, there’s the most obvious change of all: the decision by Republicans to stonewall every single Obama initiative from day one. By now, I assume that even conservative apologists have given up pretending that this isn’t true. The evidence is overwhelming, and it’s applied to practically every single thing Obama has done in the domestic sphere. The only question, ever, is whether Obama will get two or three Republican votes vs. three or four. If the latter, he has a chance to win. But those two or three extra votes don’t depend on leverage. In fact, Obama’s leverage is negative. The last thing any Republican can afford these days is to be viewed as caving in to Obama. That’s a kiss of death with the party’s base.

Obama may very well be a lousy negotiator. But honestly, that’s just not a big factor here. He simply doesn’t have much leverage of any concrete kind, and when it comes to soft leverage, his power is quite probably negative. That’s life in modern Washington. Dowd needs to grow up and figure that out.

But I will congratulate her on one thing. As near as I can tell, she actually cares about gun control. Yesterday was the first time in years that I’ve read a column of hers where she actually seemed to care about anything substantive. Mostly she seems to be on autopilot, creating some juvenile wordplay first and then adopting whatever position makes the column easiest to write. So as bad as Sunday’s column was, I’d have to grade it an improvement over her usual gig.