Every year, tens of thousands of people die of prescription drug overdoses. Lynne Lyman tells me something today that I didn’t know: there’s a cheap, simple, and very effective way of reversing an overdose, one that’s been around for more than four decades:

Naloxone (trade name: Narcan) is a low-cost, generic drug approved by the FDA in 1971….The drug is easy to administer, either as an intramuscular injection or through a nasal spray, and it has no negative side effects….It’s not a narcotic and has no recreational use. You can’t get addicted to it. Its only purpose is to reverse an opiate overdose, which it does by ejecting opioids from 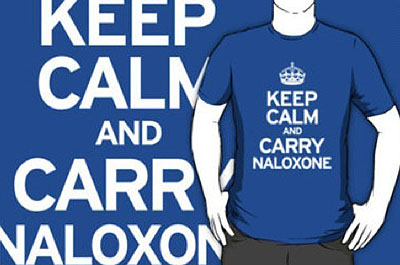 receptors in the brain, thus reversing the respiratory depression that can lead to death.

Lyman says anyone using either licit or illicit drugs should have some naloxone on hand:

People using prescription painkillers to treat chronic pain — along with those who might misuse drugs — would be taught to keep naloxone on hand and to make sure someone in the household knows how to use it. It would be a bit like people with life-threatening bee allergies carrying EpiPens, which deliver a single dose of easily administered epinephrine in case of a sting.

So what are the barriers to its routine use? The first is that most physicians aren’t trained to offer it, even when they are treating people who abuse drugs or when prescribing opiates to those in severe pain….Another barrier is that naloxone is not on the state Medicaid formulary….Even some emergency personnel don’t have access to naloxone.

….One way to remove barriers would be to make the drug available over the counter, something Nora Volkow, head of the National Institute on Drug Abuse, has said she supports. Last year, when the FDA held hearings on the drug, only one person spoke against that idea. But regulatory hurdles along with marketing issues must be addressed before it can happen.

Marketing issues? Right. It turns out that naloxone, being a generic drug, isn’t very profitable. So nobody really feels like making it (it’s frequently subject to shortages), and the two manufacturers left have jacked up the price considerably. This is from a conference report a couple of years ago:

In a world of multi-billion dollar blockbusters, naloxone is virtually an orphan drug. By 2007, only three companies — Hospira, International Medications, and Endo Pharmaceuticals — were marketing naloxone….Endo recently closed its manufacturing facility and exited the market. Hospira subsequently increased prices in a move apparently unrelated to any real increase in production, distribution, or marketing costs. For its part, International Medications phased out the production of the single-dose 1 mL of a 0.4 mg/mL solution….The decision to discontinue the production of the smaller bottle significantly raises supply costs of programs designed to equip lay responders with emergency doses of the drug.

The price increase is substantial. The Harm Reduction Coalition surveyed naloxone programs in Fall, 2008. Programs reported increases in the price of naloxone ranging from 30% to as high as 400%. On average, programs reported that the price for their naloxone supply had tripled in recent years.

I don’t really have anything to add to this—aside from the fact that I’m hardly surprised by any of it. Nevertheless, I’d never heard of naloxone before reading this, so I figure lots of you probably haven’t either. Price increases or not, if you or a family member takes prescription painkillers, you might want to ask your doctor about naloxone. Better safe than sorry.