I’ve been fascinated for a long time by the prospect of grading school essays by computer. Just to put my own beliefs firmly on the table, I think it’s surprisingly accurate already; is going to get a lot more accurate very, very soon; and the folks fighting it are basically dinosaurs.

This is not, oddly enough, because I think computer grading is all that great. We’re still a long way from true AI. It’s because I think that most human grading is far more formulaic and pedestrian than we usually give it credit for. That’s why I appreciated this comment from Mark Shermis, a professor 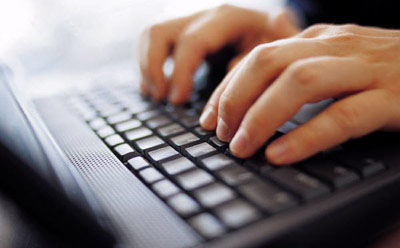 at the University of Akron, which came at the end of a New York Times piece about critics of using machine feedback to help students write better essays:

“Often they come from very prestigious institutions where, in fact, they do a much better job of providing feedback than a machine ever could,” Dr. Shermis said. “There seems to be a lack of appreciation of what is actually going on in the real world.”

Roger that. There’s no question that a good reader, given sufficient time, will do a far better job of grading and feedback than any machine. That may change someday, but it’s certainly true today.

But the vast majority of grading isn’t done by top notch readers given plenty of time. It’s done by harried, mediocre readers. Can machines do as well or better than they do? Probably.

In any case, I found the article pretty interesting for its focus on feedback, not just grading:

Anant Agarwal, an electrical engineer who is president of EdX, predicted that the instant-grading software would be a useful pedagogical tool, enabling students to take tests and write essays over and over and improve the quality of their answers….There is a huge value in learning with instant feedback,” Mr. Agarwal said. “Students are telling us they learn much better with instant feedback.”

….Two start-ups, Coursera and Udacity, recently founded by Stanford faculty members to create massively open online courses, or MOOCs, are also committed to automated assessment systems because of the value of instant feedback. “It allows students to get immediate feedback on their work, so that learning turns into a game, with students naturally gravitating toward resubmitting the work until they get it right,” said Daphne Koller, a computer scientist and a founder of Coursera.

Anyone who teaches writing will tell you about the value of having students write often and with quick feedback. Every day if possible. The problem is that, practically speaking, it’s not usually possible. So if an automated system can handle short student essays and provide decent—not great, but decent—feedback immediately, that has huge potential. This software may not be 100 percent ready for prime time yet, but it’s getting there. And it could be a game changer.