On Friday, I wrote that I was skeptical of the notion that insurance carriers could be ordered to cover contraceptives at “no additional 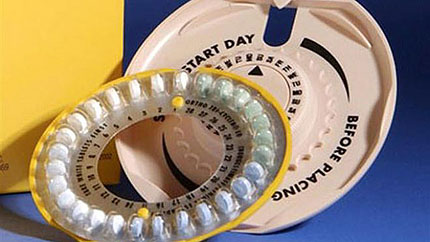 cost.” After all, contraceptives cost money. They have to be paid for somehow.

I got some pushback on this, all based on the idea that contraceptives actually are cost-free because they pay for themselves in reduced rates of unintended pregnancy. Needless to say, I’ve always found this idea very appealing. Unfortunately, I’m not sure I believe it. The main reason is simple: If this were true, insurance companies would routinely make contraceptive coverage a feature of all their group policies without even being asked. But they don’t. And since insurance companies tend to be fairly good at actuarial calculations, this suggests that contraceptive coverage isn’t, in fact, a freebie.

Let’s test this out with a bit of arithmetic. The numbers that follow are all made up. I’m just providing a possible scenario here. So then:

Suppose that the average annual cost of contraceptives to an insurance company is $100. Further, suppose the all-in cost of a pregnancy (prenatal, postnatal, and delivery) is $20,000 and the cost of an abortion is $2,000.

Is it plausible that insurance coverage has such a small impact on contraceptive use? Probably. In fact, my little scenario may have been generous on this score. Last year, Emily Gray Collins and Brad Hershbein of the University of Michigan took advantage of a natural experiment in which the cost of contraceptives tripled for a group of college women. Their conclusion: use of contraceptives dropped by only a few percentage points and there was no evidence of an increase in unintended pregnancies. These results would probably be different among low-income women, but low-income women are also the ones least likely to be covered by employer insurance plans. So it’s hard to say what the net impact would be for a typical group policy.

In other words, an insurance company would have to do a fairly detailed empirical study to figure out the current rate of contraceptive use among its customer base; the likely change if contraceptives were covered at no cost; and the likely decrease in unintended pregnancies as a result. It’s possible that once they crunched the numbers, covering contraceptives would turn out to be a net savings. But it’s not at all obvious that this has to be the case, and the fact that insurance companies aren’t speaking up on this should give us all pause.

I support universal contraceptive coverage regardless, for most of the obvious reasons. Nonetheless, I’m not at all sure it’s really a cost-free proposition for insurance companies.

UPDATE: Eager to learn more? Here’s a review of the research on this topic from FactCheck.org. Their conclusion: It’s unclear what the net cost of a contraceptive insurance mandate is.