Republicans have been chanting “Repeal and Replace” for a long time now, and there’s no question that they’re dead serious about repealing Obamacare. But what do they want to replace it with? That’s been 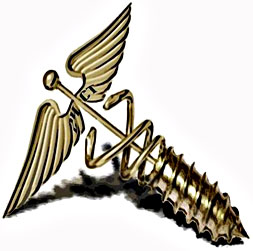 a wee bit fuzzier. Today, though, Noam Levey writes in the LA Times that Mitt Romney’s plan is slowly starting to take shape:

His public statements and interviews with advisors make clear that Romney has embraced a strategy that in crucial ways is more revolutionary — and potentially more disruptive — than the law Obama signed two years ago. The centerpiece of Romney’s plan would overhaul the way most Americans get their health coverage: at work. He would do so by giving Americans a tax break to buy their own health plans. That would give consumers more choices, but also more risk.

….Unlike Obama’s healthcare law, Romney’s plan could fundamentally change the rules for the more than 150 million Americans who get insurance through their employers. These workers get a large tax break because their health benefits are not taxed. Businesses that provide insurance also get a break because their contributions to their employees’ health plans aren’t taxed.

In place of that system, Romney would give Americans a tax break to buy their own health plans, regardless of whether their employers offered coverage.

As near as I can tell, Team Obama isn’t eager to make healthcare a central topic of the upcoming campaign. Given the continued lukewarm approval ratings of Obamacare, I guess that’s understandable. And yet, if Romney unveils the kind of plan Levey suggests, it’s hard not to think it could be a winning issue. I mean, Romney would be offering a plan that would:

That’s bad enough. But there’s more! A plan like this plainly doesn’t work unless insurance companies are required to take all comers. After all, you can hardly give employers an incentive to drop group coverage and then just sit back and do nothing while insurance companies refuse to offer policies to half the people who have been dropped. But if you’re going to require insurance companies to take all comers, you also have to regulate the price they can charge. Otherwise they’ll just jack up the price on anyone they don’t want to cover, effectively denying them insurance. But if you do that, then you really need to have some kind of insurance mandate too. Otherwise all the sick people will sign up and the healthy people will remain uninsured, most of them figuring there’s always an emergency room that will take care of them if something goes really wrong. This would decimate the insurance industry.

And of course poor people will require subsidies of some kind. We’re not barbarians, right?

Is this all sounding familiar? It should. It’s not really a whole lot different than Obamacare. If you omit any of it, it really doesn’t work. The reason is that there are some fundamental underpinnings of the health insurance market that just don’t change no matter how liberal or conservative you are. If your plan is based on insurance, then it has to be based on large, inclusive pools of applicants. One way or another, you have to group together random parts of the population in order to provide insurance companies with big, actuarially predictable pools of customers. There’s no way around this unless you’re willing to (a) essentially put insurance companies out of business, or (b) allow lots and lots of people to lose health coverage. Trying to do anything else is like trying to square a circle. It just won’t work.

Romney will do his best to fudge this, and it might work if the Obama campaign decides not to press the issue. That might not be wise. No matter how clever Romney is, there are going to be cracks in his plan that can be exploited. They should be.