I had a Twitter conversation yesterday with Tim Lee regarding my post about copyright enforcement, and today he responds at greater length. My contention is that copyright enforcement in the digital realm, though it’s obviously had a pretty bumpy history, isn’t self-evidently impossible. In fact, it might well be technically feasible. Tim responds:

The phrase that jumped out at me was “we won’t know until we try.” Among people who don’t pay close attention to technology issues, there seems to be a widespread impression that the copyright debate pits those who think we should enforce copyright against those who are ideologically opposed to copyright protection. But the reality is that we’ve been “trying” to crack down on illicit file sharing for at least two decades, granting copyright holders stronger and stronger enforcement powers and devoting more and more taxpayer dollars to the effort.

[Bullet list of recent history follows, including lots of patently dumb stuff the content industry and the government have colluded on]

….The broader point is clear: every item on this list has imposed costs on third parties. Technologies with clear non-infringing uses have been pushed out of the market. Innocent parties have had their websites shut down. A woman was arrested for filming a birthday party that happened to occur in a movie theater. Angel 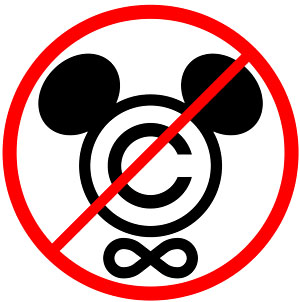 investor Paul Graham has said he avoids funding music-related startups because the record labels are “effectively a rogue state with nuclear weapons.” And most of these enforcement efforts costs taxpayer money.

By coincidence, yesterday I also linked to a piece by Gabriel Rossman that, I think, encapsulates a lot of current thinking about IP law:

My main intuition on this is that an industry that sponsored the Sonny Bono Copyright Term Extension Act has forfeited its claim to our sympathies. Thus even when it has a legitimate grievance, I am inclined to give it only mild weight. Thus I tentatively favor the Megaupload suit but I’m gonna say “sucks to be you” when the industry demands escalating the fight against piracy into the top priority of US trade diplomacy and a total war waged on the terrain of the internet’s low-level infrastructure. Nonetheless I think it’s important to clarify just how complicated estimating the effects of piracy are.

….More broadly, I think we need to be skeptical of free lunch thinking that if a policy has undesirable consequences this doesn’t mean we have to pretend there is no real problem it is addressing. It’s a common position to say “I don’t like bullying tactics, bad faith arguments, and rent-seeking of the IP industry, therefore piracy is not a problem.” I sympathize with this frustration but it’s more intellectually honest to take seriously that there might be a problem that we decide it is better to leave unsolved.

This is roughly where I am. In my view, Tim is totally correct to point out that IP enforcement in the digital era has been a farrago of bad faith, corporate rent seeking, and idiotic overreach. At the same time, I pretty strongly believe in reasonable levels of IP protection, and Tim says he does too. So the only question remaining is whether those reasonable levels are possible in the digital era without imposing intolerable costs on the rest of us.

Tim looks at recent history and thinks it isn’t. Partly, I assume, he thinks this for political reasons (the content industry has so much political power that they’ll always be able to jam through idiotic laws) and partly for technical reasons (there’s just no way to prevent digital copying without massive intrusions on personal liberty). I’m not so sure. I look at the past couple of decades and I see a ton of uncertainty and panic: no one quite knows where everything is going, so the proverbial kitchen sink has been tossed at the problem, with predictably galling consequences. But two decades of technological development isn’t really that much. Copyright law went through a lot of turmoil in the 19th and early 20th century too, as technology and globalization upended existing notions of authorial rights, but eventually things settled down. Among other things, the result was stepped up law enforcement and various bad actors being fined or sent to jail. Was that an intolerable intrusion of the state? A lot of people thought so at the time. Today we take it for granted.

Likewise, digital IP enforcement is going through the same growing pains today. It’s a harder problem than in the past, both technically and politically, and Tim may be right that it’s inevitably going to turn out badly. I just wouldn’t be so quick to say so. As the SOPA fight shows, public awareness of what’s going on in the IP realm has only barely started to gain critical mass, and I think there’s a good chance it will grow in the future, producing a solid counterweight to the power of the content industry. And on the technical side, I just don’t know. Maybe there really is no way to prevent unauthorized digital copying at reasonable social cost. But I don’t think we can say that for sure yet. Not only is the technology itself rapidly evolving, but so are our cultural beliefs about privacy. Things that would have seemed intolerable a few decades ago are now met with yawns.

If the content industry continues to act as stupidly as they have so far, they’ll probably lose. If they get smarter, they might not. It’s still early days on this stuff.