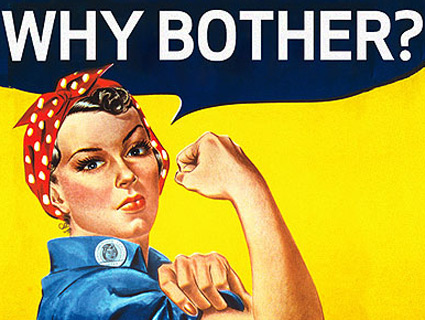 Tyler Cowen writes this weekend that he’s temperamentally attached to the traditionalist vision of hard work leading to great wealth. But, he admits, that vision is “showing some wear and tear,” which is why the Occupy Wall Street movement is attracting so much support.

Tyler notes three specific problems with this vision: It doesn’t distinguish between wealth gained from real production (Model Ts, iPods) and wealth gained from lucrative but socially worthless activity (creating subprime CDOs); it’s been undermined by bellicose conservatives who insist on risibly pro-rich policies even when there’s no evidence they work; and it’s not clear that this vision actually motivates a real-life dedication to responsibility and hard work as much as it used to.

Tyler’s first two points are ones that are frequent subjects on this blog. But his third point rings true too, and not just because there’s been a steady change in perception, though it’s that too. It’s the fact that hard work pays off very, very differently for different classes of people these days.

Take me. When I graduated from college and joined the business world, it was clear that hard work could earn me a lot of money. It would mean promotions, it would mean job offers from other companies, it would mean stock options, and more. And it did. I was a tech writer first, then a product manager, then a director of marketing, then a VP of marketing, and finally a divisional manager. My income multiplied nearly 10x over the course of 15 years, and it would have multiplied more if I’d had the ambition to stay where I was and keep moving up the ladder. (Instead I moved into the lucrative world of political blogging.)

But if you work in, say, an Amazon fulfillment warehouse, what does hard work get you? Not nothing, certainly. You probably get to keep your job, for starters. You might get small but steady raises. You might even rise into a supervisory position. Compared to a clock puncher, maybe you’ll make 30 or 40 percent more. If you’re really lucky, half again as much. And that’s it. With rare exceptions, that’s about the best you can hope for.

This has always been true, but it’s even more true now than in the past. College graduates—the kind who write op-eds and blog posts about the virtue of hard work—are sincere in their promotion of an ethic of work. And they aren’t wrong. But they do overrate how much difference it makes for most people. Especially in an era where working- and middle-class wages have been stagnant for over a decade, the rest of the workforce just isn’t buying the Horatio Alger story anymore: Working hard barely even gets them a small annual raise these days, let alone the chance for significantly higher wages. So it only barely seems worth it. That’s why I suspect Tyler is wrong to say this:

In the future, complaints about income inequality are likely to grow and conservatives and libertarians won’t have all the answers. Nonetheless, higher income inequality will increase the appeal of traditional mores—of discipline and hard work—because they bolster one’s chances of advancing 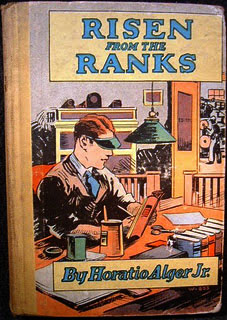 economically. That means more people and especially more parents will yearn for a tough, pro-discipline and pro-wealth cultural revolution. And so they should.

It remains to be seen how many of us are up to its demands.

Upper-middle-class parents may well yearn for this. But then, they already do, in deed if not in word. For everyone else, increasing income inequality will likely have just the opposite effect. As those Horatio Alger tales seem increasingly fanciful, and as dreams of even modest wealth become ever more obviously out of reach to the average person, it’s going to get harder and harder to keep up the pretense that discipline and hard work are really the key to great wealth for anyone not in the upper middle class to begin with.

There’s no easy answer to this. The world is going to keep getting more complex, and the rewards to education and skills are going to keep increasing. But that doesn’t mean there’s nothing we can do. Maintaining the conviction that hard work matters is obviously important. But we live in a media-saturated age where making every kid read “A Message to Garcia” is nowhere near enough to accomplish that. The reality of the world is simply too hard to camouflage, which means that if we want working- and middle-class high school grads to believe in the vision of hard work and wealth, real life has to match the vision at least tolerably well. This in turn means reducing the amount of absurdly undeserved wealth that goes to casino operators on Wall Street. Ditto for the wildly disproportionate salaries paid to CEOs. It means that even if most middle-class workers are never going to become rich, they should at least see their wages rise steadily through their lifetimes. It means that politicians have to stop handing out massive goodies to the rich for no good reason, and they have to stop insisting that these goodies be paid for by raiding the “unaffordable” benefits of the middle class.

None of this is easy. But the truth is that it’s increasingly impossible to sell people transparently self-promoting fairy tales that plainly don’t reflect how the real world works. If you want them to believe that hard work and discipline are important, then hard work and discipline have to really be important. Not just modestly helpful. Not mere drops compared to the obviously undeserved piles of so many of the superrich. If we want people to believe, we have to believe too. We have to believe that America should be a country where everyone prospers, not just the cognitive elite and the super lucky. Until we all believe this—until conservatives believe this—the notions of responsibility and discipline that conservatives talk about so much are probably going to continue fading. In recent decades they’ve simply dedicated too much of their lives and too much of their energy to patent unfairness to be surprised any longer that belief in being fairly rewarded is on the wane.