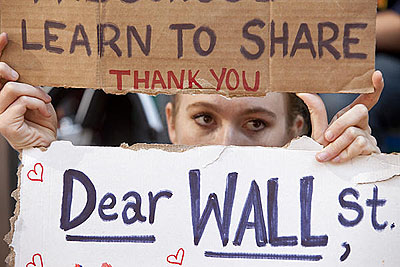 Will Wilkinson takes on the conventional wisdom that conservatives think people are responsible for themselves, while liberals think that luck and social forces play a big role in people’s fates:

I agree that many people are in dire straits and suffering for absolutely no fault of their own, and that policies ought to be in place to provide meaningful material assistance. Still, I find I want an ethos of effort and individual responsibility to prevail….And this is why I have a hard time seeing eye to eye with some progressives. Progressives are sincerely inclined to impersonal, socio-cultural explanations of success and failure, but I think they’re also generally of the opinion that an ethos of initiative, hard work, and individual responsibility will impede the political will to offer assistance to those who ought to get it. I’m not sure that they’re wrong. After all, those who tend to oppose progressive transfers tend to do so partly on the basis of their disbelief in the faultlessness of the needy. In any case, it seems to me progressives’ deep-seated opposition to victim-blaming and by-the-bootstraps perorations helps keep a lot of suffering people from getting the other, non-material part of what they really need: encouragement to meet the social expectation that they will continue supplying effort on their own behalf, even if that hasn’t worked out well so far.

Obviously there are lots of different kinds of lefties, and they have lots of different beliefs. And I don’t have an argument with the notion that lefties place more emphasis on the role of luck and social conditions in life outcomes than conservatives do. But seriously: is there really a sizeable chunk of the left that believes an “ethos of initiative, hard work, and individual responsibility” is an actively bad thing?

I don’t think so. It’s possible, of course, that the segment of the left that believes this is small but loud, but I don’t even really believe that either. If anything, the leftiest precincts of the left are mostly shut out of mainstream discourse. They certainly don’t dominate it.

Anyway, two comments on this. First, I think this kind of post suggests the dangers of spending too much time on the web, where the loudest and most extreme voices actually do have a disproportionate influence sometimes. That can lead you to believe that their beliefs are far more widespread in the real world than they really are. Second, as Will suggests, to the extent that he’s correct it’s because of the almost insane levels of partisanship and tribalism that we see in politics today. Speaking just for myself, there are very definitely times when my preferred policy position is some kind of melding of left and right (i.e., social forces are important and an ethos of personal responsibility is important), but I’m not really willing to say so because the American right has become so insane that it simply won’t lead to anything constructive. It will just be viewed as a preemptive compromise that’s immediately seized upon to move the conversation even further to the right. Supporting compromise positions only makes sense when that might actually lead to both sides compromising.

Anytime a dominant narrative becomes hardnosed and extreme — as American conservativism has — it starts to feel like even the notion of a competing narrative has been lost. When that happens, those who believe in that competing narrative feel like the best use of their time is not to provide some kind of nuanced argument, but simply to take whatever chance they have to get a bit of airtime for their side. I think that’s what the last decade has done to a lot of center lefties, especially on economic issues. Very few of us, I think, have any problem with an ethos of personal responsibility. But the dominant narrative in the post-Reagan era has so thoroughly turned a blind eye to the power of malign social and economic forces that we feel like we simply have to take every opportunity to make them part of the conversation again. What’s ironic, of course, is that those malign forces really are both economic (emphasized by the left) and social (emphasized by the right), which means that in a lot of ways conservatives lose out from this dynamic just as much as liberals. Tribalism makes fools of us all.