Yesterday I wrote about the possibility that a new era of mental automation (as opposed to the Industrial Revolution era of physical automation) might genuinely put people permanently out of work. Matt Yglesias disagrees:

One key is that people like other people. When I was in San Antonio recently, I went on a boat tour of the Riverwalk. It came with a human guide who both piloted the boat and told us about the history of the city and the area. I’m fairly certain the 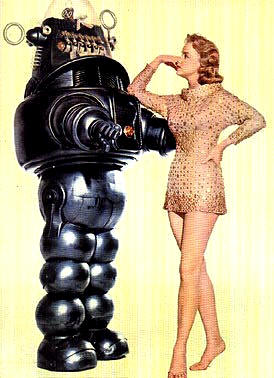 driving of the boat could be automated with existing technology, and at a minimum the guide could have been replaced with a recording. But he wasn’t, because the human guide was funny and warm and because tourists prefer to interact with a human guide.

By the same token, people like to go to group classes at gyms rather than watch instructional videos on the Internet. In really fancy buildings in Manhattan, they use old-fashioned human operated elevators. It’s not that you particularly need human beings to conduct face-to-face interaction with other human beings. Rather, it happens to be the case that most human beings prefer to interact face-to-face with other people and as long as that’s the case there will be demand for human labor. The thrilling world of personal services — restaurants, massages, trainers, interior designers, etc. — could employ many, many, many more people. If less human labor is required to manufacture and transport mass-produced physical goods, then everyone will have more custom-built cabinets, more labor-intensive restaurant meals, we’ll go back to wearing handmade suits, etc.

Maybe. But I find this really, really unpersuasive. For starters, lots of guide operations already use recordings and lots of people already do watch instructional videos on the internet. (In fact, in the context of education reform, replacing teachers with online classes is something Matt writes about frequently.) And as for the elevator operator — well, I suppose that’s a possibility. Maybe we’re destined for a future dominated once again by a wealthy class that employs dozens of people as personal servants on their estates. But I sure hope not.

In any case, none of this is really related to computers getting smart enough to do cognitive tasks that humans currently do. Tape recordings and ostentatiously unnecessary button pushers are just an entirely different class of phenomenon. The more serious concern on this front is with automation that genuinely performs tasks that formerly required human creativity and responsiveness. My example yesterday was truck driving: That’s a complex task by current computer standards, but eventually it won’t be. And when it’s not, anything else that a truck driver can do will be automated too. So what do the truck drivers do? Lead yoga classes? Make bespoke suits?

Maybe. I’ll readily concede that 200 years ago I would have found similar explanations for the wonders of automation wanting. “Sure, farmers will be put out of work,” says the optimist, “but machines are going to boost economic growth so dramatically that they’ll all find jobs on assembly lines!” I probably would have thought that required a rather improbable rate of economic growth, and I would have been wrong. That’s exactly how it played out.

So sure. Maybe in 30 or 40 years most actual production, and even most routine services, will be done by machine. But it won’t matter because we’ll all be giving each other guided tours and yoga classes. Maybe. But guided tours and yoga instruction actually require a surprising amount of cognitive ability, and I still don’t know what the truck drivers are going to do. But perhaps the future will surprise me. It usually does.