The two acts have almost nothing in common besides being illegal. If I email you a copy of the new Fountains of Wayne album, then nobody has less stuff than they had pre-emailing. By contrast, if I break into Adam 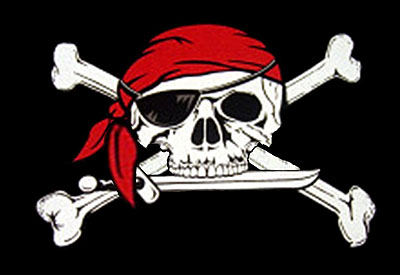 Schlesinger’s house, take his shoes, and then give the shoes to you, the upshot is that Schlesinger has less shoes than he had before.

I’ve always been bothered by this argument. Let’s take a closer look at it.

First, what’s the effect of stealing Adam Schlesinger’s shoes? Saying that he has “less shoes” than before is correct, but in a money economy, if you want to compare two different things you really want to convert them into dollar values first. So what is Schlesinger’s financial loss here? Is it the retail price of the shoes? That’s one way of looking at it. But in the real world, we usually make some adjustments. If Schlesinger bought the shoes at a discount store, they’re worth less to him. If the shoes are old, they’re worth less still. If Schlesinger never liked the shoes in the first place and doesn’t wear them anymore, maybe they’re worth almost nothing. Who knows? Basically, though, what you can say is that his financial loss is the retail price of the shoes modified by some factor that depends on circumstances.

Now, what if we steal a copy of his new album? What’s his financial loss? Is it the retail cost of the album? Again, that’s one way of looking at it. But in the real world we make adjustments. If the album is normally sold at a discount, it’s worth less. If we only care about Schlesinger, and not the rest of the production chain, then his loss is the royalty payment he won’t get on the album you didn’t buy. On the other hand, if you just downloaded the album on a lark and never would have paid real money for it in the first place, his loss is almost nothing. Who knows? But again, what you can say is that that his financial loss is the retail price of the album modified by some factor that depends on circumstances.

Economically, this is all that matters. In both cases, you’re causing Adam Schlesinger to take a financial loss. Maybe it’s big, maybe it’s small, but it’s theoretically quantifiable. That makes these cases very similar.

Now, it’s true that there are lots of ways of causing people to take a financial loss, and not all of them come under the rubric of stealing. So at first glance, it might seem fair to object to the word in a digital context. But in actual operation, this objection rarely strikes me as arising out of sophisticated arguments about nonrival goods. Rather, it mostly seems to be a way of avoiding the very real fact that you’ve caused someone a financial loss by appropriating something you haven’t paid for. In that sense, “stealing” is a whole lot more descriptive than “copyright infringement” or “illegal downloading.”

None of this is meant to take sides on the broader questions of appropriate copyright policy or intellectual property law in general. For the most part, I tend to agree with the pro-reform camp on these issues, and I think that lots of corporate abuse of current IP law is both foolish and blinkered. Still, no matter what kind of IP rules you favor, if you break those rules I think that calling it stealing is pretty close to the mark. Matt finishes with this:

In some ways I think the decision of the pro-copying community to try to appropriate the language of “sharing” as an alternative to the language of “piracy” simply served to obscure how genuinely different digital copying is. Even if you and I “share” a physical object, there are still limits. If I borrow my girlfriend’s car to drive somewhere, I haven’t stolen it from her, but it’s genuinely the case that she can’t use it until I bring it back. If she copies a file I own, then we both have it.

True enough. But if he had a draft magazine article stored on his hard drive, and his girlfriend copied it and sold it somewhere without his knowledge, I’ll bet he’d consider it stolen — possibly with the word emphasized by hurled crockery and intemperate language. He’d consider it stolen even though, technically, he still has a copy too. And he’d be right to. Before the theft, he had the potential to earn a certain amount of money by selling the publishing rights to his work. Afterward, he didn’t. That potential may not be a tangible physical object, but that doesn’t make it a nonrival good. Once it’s gone, it’s gone.