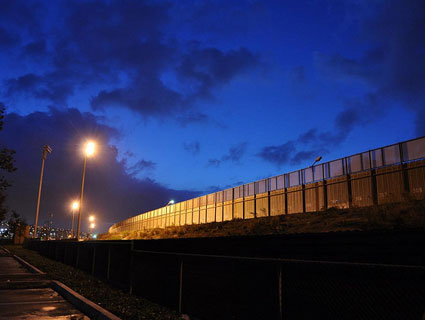 Sunday is the 10th anniversary of 9/11. But while the attack on the World Trade Center is probably what provokes the sharpest memories in most people, that’s not what stayed with me after the initial shock wore off. In the years since, my strongest reaction has always been less to the event itself than to how we decided to respond to it. I’m unnerved by the way we’ve become so security obsessed, so suspicious, so wary. Ordinary office buildings require IDs before they’ll let you in. Taking pictures is a suspicious activity. Airplanes return to the gate because someone in seat 34A got scared of a guy in a turban a couple of rows in front of them. Small children are swabbed down for bomb residue.

There’s a passage in Bob Schieffer’s memoir of his reporting career, This Just In, that’s stayed with me for a long time. Here it is:

These days, friends are never really sure I’m serious when I tell them that the Pentagon, like most of official Washington, was still open to the public in the 1970s.…No one was required to show identification to enter the building, nor were security passes required.…During the time that Jim Schlesinger was secretary of defense, I would sometimes drop by on a Saturday morning, and if his door was open, I would stick my head in and ask if anything was going on.

When I first read that, I remember being astonished. I’m enough younger than Schieffer that the idea of simply strolling into the Pentagon struck me as unthinkable. And yet, that was only a few decades ago. Shortly after the era Schieffer describes, by the time I was old enough to notice these things, I simply accepted the tighter security of the ’80s and beyond without question. Now compare Schieffer’s recollection with this passage from Wednesday’s New York Times feature, “Fortress D.C.”:

Some things are obvious: the Capitol Hill police armed with assault rifles, standing on the Capitol steps; concrete barricades blocking the once-grand entrances to other federal buildings; the surface-to-air missile battery protecting the White House; the National Archives security guards, almost as old as the Declaration of Independence enshrined inside, slowly waving a magnetic wand over all who enter. But most of the post-9/11 security measures have simply been embedded in the landscape and culture of the nation’s capital.

From the reflecting pool at the foot of the Capitol to the reflecting pool in front of the Lincoln Memorial, government cameras take pictures of citizens, who smile for Big Brother and snap their own pictures of the government cameras. In the $561 million underground Capitol visitors center, completed in 2008, people clutching gallery passes from a senator’s or representative’s office are funneled through magnetometers, to witness a secure Congress in its sealed chambers.

These things, of course, I don’t accept naturally because they’ve changed in my lifetime. But how about someone 30 years younger than me? To them, the assault rifles, the cameras, the magnetometers, the ban on bringing water bottles onto airplanes—all of the post-9/11 security paraphernalia—probably strike them as entirely natural. Not having this stuff around would seem as weird to them as not asking for ID at the Pentagon struck me.

This is, for me, the most enduring legacy of 9/11. I imagine the wars will all be over eventually, Al Qaeda will be conclusively dismembered, and even the drones might be put back in their hangars. But the protective apparatus we’ve put in place, both the less visible surveillance state and the highly visible security state, will be with us forever. And they’ll get worse and worse: If the past decade is any judge, Americans seem willing to put up with an almost unlimited amount of this stuff as long as it’s done in the name of protecting us from terrorism. The only thing that’s provoked any serious reaction at all has been backscatter scanners in airports—and not because they represent any kind of real government overreach, but because people have a knee-jerk revulsion to the idea of having “nude” pictures of themselves taken.

That gets us upset. But hundreds of billions of dollars spent to relentlessly harden the routines of our daily lives? Our apparent attitude toward that, to paraphrase our former president, is “bring it on.”