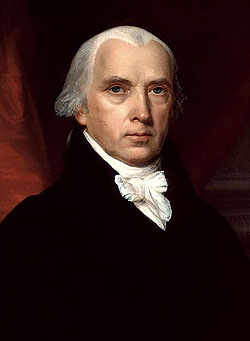 that the level of fragmentation and division may influence what ratings agencies think about prospects for agreement.

On the specific question about debt ratings, I’m agnostic. But I’d make a further point here, one that I alluded to a couple of weeks ago. One of the features of a parliamentary system — you can decide for yourself whether it’s a feature or a bug — is that the ruling party is fully in charge. The opposition party can kibbitz, but that’s all.

In other words, just like a president, members of the ruling party have an obligation of responsibility that forces them to act conscientiously. They don’t stop being politicians, but there are sharp limits on just how political they can be. People with ultimate responsibility simply don’t have the luxury of demagoguery and populist bluster when things go sour. Perhaps this means less immediate responsiveness toward public opinion, but it also means a greater willingness to take necessary but unpopular steps.

In a presidential system, conversely, a minority party can bluster and obstruct all they want because they don’t have an obligation of responsibility. They’re just the minority party! As Republicans made relentlessly clear during the debt ceiling debate, they knew perfectly well that President Obama was ultimately accountable for the state of the economy and for running the government. That forced him to act responsibly, but it put no such restriction on anyone else.

The obligation of responsibility motivates political leaders to look for real solutions. It doesn’t guarantee good solutions, but it does generally guarantee a moderately low level of complete buffoonery. They just can’t afford it when they’re the ones holding the bag. In a parliamentary system, that sort of thing can be safely left to the opposition party, which can bluster endlessly precisely because they have no real power.

But power without responsibility? That’s a toxic combination, and that’s what presidential systems can give you sometimes. I very much doubt that Madison would remain an enthusiast for his own invention if he saw us trying to keep it creaking along even with the strong party discipline that’s typical today. Jemmy was a smart cookie, and he understood that strong party systems require political machinery designed to accommodate them. But he didn’t want parties, so he wasn’t interested in the machinery. For better or worse, though, that’s no longer true. We now have a de facto parliamentary party system without the parliamentary rules and norms to make it work. So much the worse for all of us.