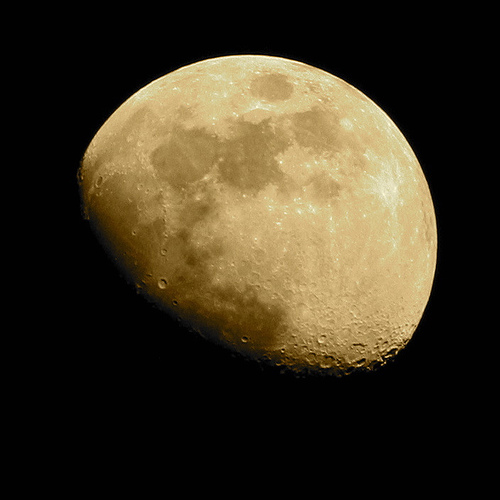 Following up on my GOP mind games post, Ezra Klein makes a smart observation in this morning’s Wonkbook on how the GOP transformed tax increases from an important, necessary option in the deficit debate into something evil and extremist. To prove his point, Ezra uses a clever rhetorical trick: he swaps “bomb the moon” for any mention of taxes in Republican statements made after yesterday’s deficit talks drama:

“We’ve known from the beginning that bombing the moon would be a poison pill to any debt-reduction proposal,” Senate Minority Leader Mitch McConnell said in a speech on the Senate floor. See? Or: “President Obama needs to decide between his goal of bombing the moon, or a bipartisan plan to address our deficit,” said McConnell and Sen. Jon Kyl in a joint statement. Or: “First of all, bombing the moon is going to destroy jobs,” said Speaker John Boehner. “Second, bombing the moon cannot pass the US House of Representatives—it’s not just a bad idea, it doesn’t have the votes and it can’t happen. And third, the American people don’t want us to bomb the moon.”

“Bombing the moon” would actually make these statements more accurate. A bipartisan deficit-reduction proposal, almost by definition, includes revenue increases. That, along with the spending cuts, is what makes it bipartisan. And unpopular? Tax increases, particularly if targeted at the wealthy, show themselves again and again to be among the most popular ways to reduce the budget deficit. The most recent Washington Post/ABC News poll found that 57 percent of Americans though the best way to reduce the deficit was “a combination” of tax hikes and spending cuts, and polls that have tested specific policies have found vastly more support for raising taxes on the rich than for GOP mainstays like cutting Medicare and Social Security and discretionary funding that goes to programs like education.

The quotes Ezra uses come after Rep. Eric Cantor and Sen. Jon Kyl, the number two GOPers in their respective chambers, bailed on the bipartisan deficit reduction talks led by Vice President Joe Biden. Cantor went first, saying he wouldn’t continue negotiating if any form of a tax increase was on the table, including cutting $21 billion in subsidies for big oil companies. “Regardless of the progress that has been made, the tax issue must be resolved before discussions can continue,” Cantor said in a statement. Kyl followed Cantor out the door soon after.

Apparently, Cantor forgot that the US is not under one-party rule, and that his constituents elected him to do what’s expected of all politicians: compromise. The Biden-led deficit negotiations are intentionally bipartisan, and to claim that Democrat-backed tax increases are non-negotiable, as Cantor believes, defies logic. It’s not negotiating if one side refuses to give any ground whatsoever. Either Cantor is more intransigent and bound to conservative orthodoxy than we thought, or he’s setting up House Speaker John Boehner to be the fall guy who cuts a deal with the Democrats on a short-term deficit reduction plan. Or both.

What’s clear is that any deficit reduction plan must include new revenue of some kind. After all, it was partly the Bush tax cuts of 2001 and 2003 that got us into this mess in the first place. Not filling that $2.6-trillion hole with new revenue would be madness.