Good for Joe Klein for pointing out the lunacy of the Republican effort to defund the financial regulation reform bill passed last year:

The Dodd-Frank law was an imperfect remedy….But it did boost the power of the SEC and CFTC to regulate derivatives trading, and it set up a new agency, the Consumer Financial Protection Bureau (CFPB), to protect consumers from the shyster army peddling tricky mortgages, usurious credit-card rates and unscrupulous payday-check-cashing shops. The agencies need larger payrolls to perform those functions, and the Republican House has now stripped much of that money from the federal budget. “It’s a back-alley maneuver,” says Representative Barney Frank, whose name is on the law. “Unlike health care or environmental regulation, the Republicans didn’t try a frontal assault. They hid behind the budget, 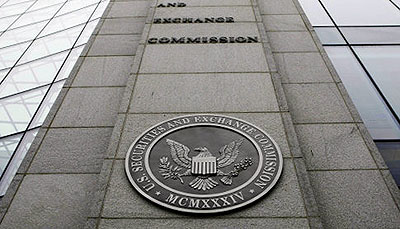 which means that they’re embarrassed by this. They don’t want people to know that they’re letting Wall Street off the hook.”

….And then there’s the question of Elizabeth Warren, the Harvard law professor who invented the idea of the Consumer Financial Protection Bureau and should be its first director. The Administration seems undecided on whether to appoint her, fearing a Senate confirmation battle that could last for months. “The banks are scared to death of her,” one Senator told me. “She speaks in clear, simple sentences. That terrifies them.”

Which means this is a fight worth having — and a way to dramatize the complicated issues at the heart of regulatory reform. The President should appoint Warren. The Senate should be forced to vote on her, so the public will know who really wants to clean up Wall Street and who doesn’t.

No, Dodd-Frank wasn’t perfect. In fact, that’s being rather too nice about the whole thing. But it was at least a step in the right direction following an unprecedented meltdown of the global economy caused almost entirely by the misbehavior of the American financial industry.

One of the themes of Jacob Hacker and Paul Pierson’s Winner Take All Politics — available soon in paperback! — is that income distribution is far more influenced by politics than most economists think. One of the reasons I was so enthusiastic about the book is that it mirrors my own views, which have become rather more radicalized over the past three years. Think about it: during the aughts the financial industry was so wildly out of control that Wall Street touched off the biggest financial collapse and biggest global recession since World War II — a recession that’s required unprecedented government intervention to stabilize; featured massive bailouts of the banking industry; and has caused widespread misery among the working and middle classes, including an epidemic of home foreclosures, plummeting state-level services, and an unemployment rate that’s still near double digits more than two years later. And yet, Republicans were not only united in trying to prevent any action whatsoever to re-regulate Wall Street last year, they’re making it one of their top priorities this year to defund the very modest bit of regulation that was passed over their near-unanimous opposition.

I don’t know how you can watch all this unfold and not conclude that the super rich and their interests are all but politically invulnerable in America these days. It’s both wrong and dangerous, and more of us should be pushing the public’s nose in it. The whole thing is obscene.