Glenn Greenwald wrote a report for Cato a couple of years ago that gave high marks to Portugal’s experiment with drug decriminalization, and now a study in the British Journal of Criminology largely gives it high marks too:

Faced with both a public health crisis and a public relations disaster, Portugal’s elected officials took a bold step. They decided to decriminalize the possession of all illicit drugs — from marijuana to heroin — but continue to impose criminal sanctions on distribution and trafficking….As the sweeping reforms went into effect nine years ago, some in Portugal prepared themselves for the worst. They worried that the country 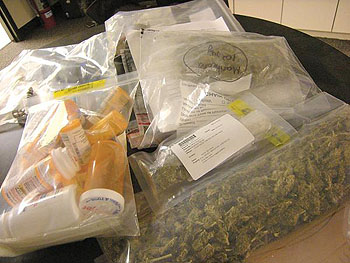 would become a junkie nirvana, that many neighborhoods would soon resemble Casal Ventoso, and that tourists would come to Portugal for one reason only: to get high. “We promise sun, beaches, and any drug you like,” complained one fearful politician at the time.

But nearly a decade later, there’s evidence that Portugal’s great drug experiment not only didn’t blow up in its face; it may have actually worked. More addicts are in treatment. Drug use among youths has declined in recent years. Life in Casal Ventoso, Lisbon’s troubled neighborhood, has improved. And new research, published in the British Journal of Criminology, documents just how much things have changed in Portugal. Coauthors Caitlin Elizabeth Hughes and Alex Stevens report a 63 percent increase in the number of Portuguese drug users in treatment and, shortly after the reforms took hold, a 499 percent increase in the amount of drugs seized — indications, the authors argue, that police officers, freed up from focusing on small-time possession, have been able to target big-time traffickers while drug addicts, no longer in danger of going to prison, have been able to get the help they need.

But there’s also this:

The numbers aren’t all positive. According to the latest report by the European Monitoring Center for Drugs and Drug Addiction, the number of Portuguese aged 15 to 64 who have ever tried illegal drugs has climbed from 7.8 percent in 2001 to 12 percent in 2007….Heroin use jumped from 0.7 to 1.1 percent, and cocaine use nearly doubled — from 0.9 to 1.9 percent. In other words, said Keith Humphreys, a professor of psychiatry at Stanford University, the changes in Portugal have had a somewhat expected outcome: More people are trying drugs.

….Hughes [] takes issue with Humphreys’s argument that drug use, in general, is increasing at a dramatic clip. What’s most relevant, she said, is not the percentage of people reporting using drugs at some point over some course of their lifetime, but the percentage of people reporting using drugs in the past year. “That’s going to be affecting the government and communities now,” she said. And here, the increase of Portuguese reporting illicit drug use is much smaller — up from 3.4 percent in 2001 to 3.7 in 2007.

Overall, then, this data suggests that decriminalization has produced more experimentation but not a lot more long-term drug use. If, say, an extra 0.7% of the population experiments with drugs because of the laxer laws, but nearly all of them give it up after a short time, that would produce over six years an extra 4.2% of the population that’s “ever” tried illegal drugs. Thus a lifetime use rate that goes up from 7.8% to 12%. On the other hand, if most of them give it up after a brief fling, that doesn’t mean that actual usage rates have increased much. (But on the third hand, a small increase in the entire population might represent a fairly substantial increase among 17-21 year-olds. We’d need to see the entire data set to know for sure.)

In any case, Portugal is a great test bed. One of the big questions in drug policy is just how elastic the demand for illegal drugs is. It makes sense that if you lower the price of marijuana or cocaine, use will go up, and that lowered price can be in the form of either actual dollars or reduced risk of being fined or arrested. But as always, the question is: how much? If decriminalization increases drug use by a few percent, that’s not bad — especially considering the massive downsides of the war on drugs. But if it doubles or triples drug use, the consequences are more severe. The more data we have on this, the better.