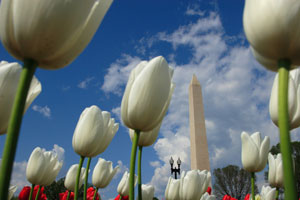 Apparently the National Park Service is trying to think of ways to bring a higher level of security to the Washington Monument in order to protect it against terrorist attacks. But Bruce Schneier has a different idea. He thinks we should just shut it down:

Let it stand, empty and inaccessible, as a monument to our fears.

An empty Washington Monument would serve as a constant reminder to those on Capitol Hill that they are afraid of the terrorists and what they could do. They’re afraid that by speaking honestly about the impossibility of attaining absolute security or the inevitability of terrorism — or that some American ideals are worth maintaining even in the face of adversity — they will be branded as “soft on terror.”

….Terrorism isn’t a crime against people or property. It’s a crime against our minds, using the death of innocents and destruction of property to make us fearful. Terrorists use the media to magnify their actions and further spread fear. And when we react out of fear, when we change our policy to make our country less open, the terrorists succeed — even if their attacks fail. But when we refuse to be terrorized, when we’re indomitable in the face of terror, the terrorists fail — even if their attacks succeed.

I don’t have any special opinion about the Washington Monument. Maybe we should just shut it down. But that particular issue aside, I think Bruce’s attitude needs some major pushback.

There’s a certain class of people to whom his prescription sounds great. Refuse to be terrorized! Stop being such babies! I’m a member of that class. I would happily accept a slightly increased risk of terrorist attack in return for a less intrusive security regime. I think we’re way too willing to let fear rule our culture. On a purely personal level, this stuff infuriates me.

But those of us who feel that way really have an obligation to understand just how out of the mainstream we are. I’m willing to bet that most of us are a bit nerdy, sort of hyperanalytical, maybe even slightly Aspergers-ish. We’re comfortable — too comfortable, probably — viewing the ebb and flow of human lives as an accounting exercise. We’re also very sure of ourselves, generally pretty verbal, and we have soapboxes to shout from.

And, at a guess, we represent maybe 10% of the population. At most 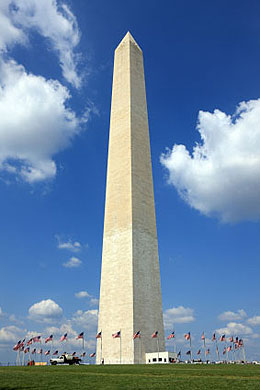 Fear of violence is not a problem unique to America. It’s not a problem with the modern era. It’s not a problem of a political class grown suddenly cowardly. Human beings simply value physical security very, very highly. All human beings. They will do almost anything to feel secure from physical threats. Look at Israel. In order to protect themselves from attacks that caused a bit over 200 deaths in the peak year of 2002, they have embarked on a campaign of regular military offensives, a massive wall construction project, the steady takeover of Arab sections of Jerusalem, and a campaign of relentless oppression against Palestinians in occupied territories. Like it or not, that’s how people eventually react to campaigns of terror. It’s worth a lot not to get to that point.

I need to be clear here. I’m not pretending that our reaction to potential acts of terror has been correct or proportional or anything else. It hasn’t been, and our overreaction has been damaging on a number of levels. I’m only saying that we hypereducated types need to at least try to understand how most people react to the prospect of directed violence. If, for example, I hear one more person compare the number of deaths from terrorism to the number of deaths from car accidents, I think I’m going to scream. Human beings react differently to accidental death than they do to deliberate attacks from other human beings. This is human nature 101. If you honestly think that the car-terrorism comparison is persuasive to anyone, you are so wildly out of touch with your fellow humans that there’s probably no hope for you.

Liberals lost massive amounts of trust among ordinary voters in the 60s and 70s by not taking crime seriously. The result was catastrophic: a massive overreaction led by conservatives that was made possible because liberals didn’t have the credibility to offer any pushback at all. In fact, it was worse than that: for a good many years, liberal opposition to crime measures probably made them more popular. That’s what happens when you fall too far out of touch with the lived experiences of everyday people.

So: is airport style security at the Washington Monument an overreaction? Maybe. Constructive alternatives would be welcome. But just telling the little people to suck it up and accept that sometimes people are going to die at the hands of terrorists? That’s about the worst, most condescending argument you could possibly invent. It ignores human nature; it ignores the fact that terrorism does, in fact, terrorize; and it ignores the historical reality of what happens when societies are attacked. It’s an argument that needs to go away.

POSTSCRIPT: On the other hand, I agree almost entirely with this. Go figure.