Via Tyler Cowen, Morgan Kelly writes in the Irish Times about Ireland’s foreclosure tsunami, which makes ours look like nothing worse than a good surfing day:

The gathering mortgage crisis puts Ireland on the cusp of a social conflict on the scale of the Land War, but with one crucial difference. Whereas the Land War faced tenant farmers against a relative handful of mostly foreign landlords, the looming Mortgage War will pit recent house buyers against the majority of families who feel they worked hard and made sacrifices to pay off their mortgages, or 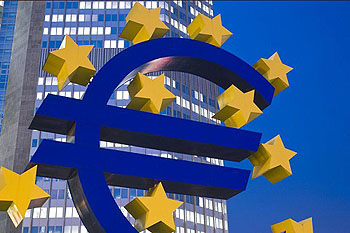 else decided not to buy during the bubble, and who think those with mortgages should be made to pay them off. Any relief to struggling mortgage-holders will come not out of bank profits — there is no longer any such thing — but from the pockets of other taxpayers.

This is the basic problem with foreclosure relief. There are a whole bunch of good arguments about why it would be good for the economy, but the public would hate it. Bailing out bankers is bad enough, but at least it’s bad in a sort of abstract, far-off way. Bailing out your next door neighbor is a whole different story. That’s a fast way to political oblivion. Kelly continues:

House prices are driven by the size of mortgages that banks give out. That is why, even though Irish banks face long-run funding costs of at least 8 per cent (if they could find anyone to lend to them), they are still giving out mortgages at 5 per cent, to maintain an artificial floor on house prices. Without this trickle of new mortgages, prices would collapse and mass defaults ensue.

However, once Irish banks pass under direct ECB control next year, they will be forced to stop lending in order to shrink their balance sheets back to a level that can be funded from customer deposits. With no new mortgage lending, the housing market will be driven by cash transactions, and prices will collapse accordingly.

While the current priority of Irish banks is to conceal their mortgage losses, which requires them to go easy on borrowers, their new priority will be to get the ECB’s money back by whatever means necessary. The resulting wave of foreclosures will cause prices to collapse further.

Right now, the hated Fannie Mae and Freddie Mac are essentially keeping the entire American housing market afloat despite the fact that American banks, unlike their Irish counterparts, have very low funding costs and can still make money on mortgage lending. But what would things be like if Fannie and Freddie weren’t around and funding costs were high? For all intents and purposes, there would probably be no mortgage market at all. If Morgan is right, that’s what Ireland is facing next year.

Europe will probably figure out a way to muddle through its euro-inspired crisis, but there’s no guarantee of that. Ireland, Portugal, and Greece are still teetering on the edge of bankruptcy, and the mood in the core states against further bailouts has hardened considerably since a year ago. Whether the euro survives is anyone’s guess. I’d give it about an 80% chance, myself.

And if we end up living in the world where the 20% chance of a currency breakup comes to pass? Chaos in Europe, of course, but we won’t avoid the storm either. Buckle up.