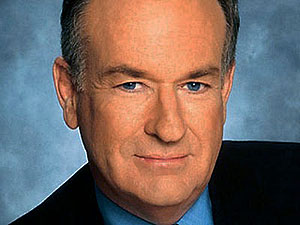 I don’t care much about whether Juan Williams deserved to be fired, but this part of the Bill O’Reilly segment that got him in trouble is actually pretty revealing. Here’s the setup from O’Reilly’s monologue:

OREILLY: Today on “The View,” the ladies addressed the shootout I had with them last Thursday when I said that building a mosque near Ground Zero is inappropriate because Muslims killed us there. That caused Whoopi Goldberg and Joy Behar to walk off the set. Of course, what I said is absolutely true, but is insensitive to some. In a perfect world, you always say Muslim terrorists killed us, but at this point, I thought that was common knowledge. I guess I was wrong.

And here’s the subsequent discussion with Williams:

WILLIAMS: Wait a second though, wait, hold on, because if you said Timothy McVeigh, the Atlanta bomber, these people who are protesting against homosexuality at military funerals, very obnoxious, you don’t say first and foremost, we got a problem with Christians. That’s crazy.

O’REILLY: But it’s not at that level. It doesn’t rise near to that level.

WILLIAMS: Correct. That’s — and when you said in the talking points memo a moment ago that there are good Muslims, I think that’s a point, you know?

O’REILLY: But everybody knows that, Juan. I mean, what, are we in 3rd grade here or what?

WILLIAMS: No, you don’t — but you got to be — this is what Barbara Walters was saying —

Italics mine. So O’Reilly has simply decided that he doesn’t feel like referring to “Muslim terrorists” anymore when the subject is Muslim terrorism. Too much work, I guess. He’s just going to say “Muslims” and have done with it.

By analogy, I guess I can now say that Bill O’Reilly has an “immigrant problem” and be done with it. Sure, he says his problem is really only with “illegal immigrants,” but whatever. Everybody knows that already, and I don’t really feel like qualifying everything anymore. Hopefully O’Reilly doesn’t mind.

Feel free to come up with other examples in comments. There’s a million of ’em, and they do wonders for keeping public conversation in a permanent state of roiling hatred. I can’t wait until we’re all doing this all the time. It should be awesome.