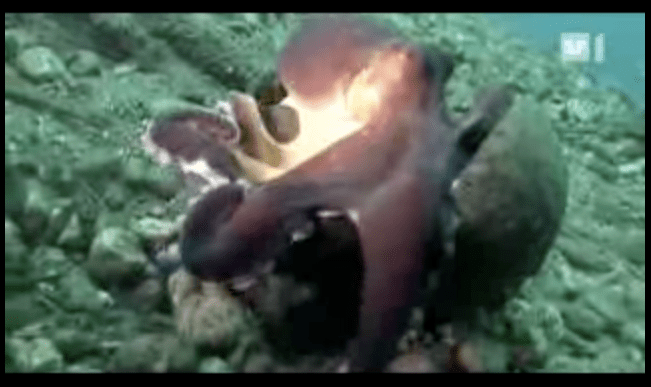 Ross Douthat says today that the tea partiers’ main concerns really are “bailouts, deficits and spending,” but liberals refuse to take them at their word and accept this. So we keep coming up with one weird theory after another that “explains the tea parties—and then explains them away.” One of those weird theories is mine: Namely that this kind of extreme conservative eruption is just what happens whenever a Democrat takes office. It’s similar to FDR’s Liberty Leaguers, the John Birch Society in the 60s, and the Arkansas Project gang during the Clinton years. Ross responds:

These parallels are real. But there’s a crucial difference. The Birchers only had a crackpot message; they never found a mainstream one. The Tea Party marries fringe concerns (repeal the 17th Amendment!) to a timely, responsible-seeming message about spending and deficits. Which is why, for now at least, it’s winning over independents in a way that movements like the Birchers rarely did.

Now, I actually agree with this, up to a point. One of the points I made in my tea party piece was that, unlike previous eruptions, tea partiers have all but taken over the Republican Party. So it’s bigger, broader, and more mainstream than the previous movements. But the reason I don’t really buy Ross’s defense of the tea party movement’s concern with spending and deficits comes in his very next paragraph, where he takes on a fourth and final liberal theory:

THE TEA PARTIERS ARE HYPOCRITES. That is, they say they’re for small government, but they don’t want anyone to touch their Social Security and Medicare. This is by far the most persuasive liberal storyline. Poll after poll suggests that Tea Partiers are ambivalent about trimming entitlements, even though that’s the spending that will ultimately send either deficits or taxes through the roof.

On the other hand, some Tea Party-backed candidates have been refreshingly courageous on this front — whether it’s Rand Paul telling Fox News that he’d support higher deductibles for seniors, or Buck apologizing to Michael Bennet, his Senate opponent in Colorado, for Republican demagoguery on Medicare.

So the jury is still out. If Tea Party standard-bearers end up being as hypocritical on entitlements as most American politicians, then this liberal narrative, at least, will have been vindicated.

But for the sake of the country’s finances, liberals should hope that the Tea Party proves their most convincing story wrong.

Sure, the jury is still out. But on this one, I’m willing to put my money where my mouth is. After all, Rand Paul has been running away from his Medicare heresy for weeks, while Republicans and conservative interest groups have been blanketing the nation with ads attacking Democrats for passing a health care reform bill that cuts Medicare spending. Given all that, Ken Buck is a pretty lonely figure sticking to his tea party guns on the subject.

Now, it’s true that a divided government is almost certain to spend less than one controlled by a single party. Beyond that, though, there’s little evidence that extreme conservatives are any more concerned about spending now than they’ve ever been, and over the past 30 years they’ve never been concerned about spending. They didn’t cut it under Reagan, they didn’t cut it under Bush Sr., and when they finally controlled the government completely under Bush Jr., they didn’t cut it then either. Hell, Social Security privatization never got anywhere even within the Republican caucus despite the fact that it was sold relentlessly and dishonestly as a free lunch. Actual cuts in spending were never on the radar.

The tea partiers are angry not over spending, but because a Democrat is in the White House. Rick Santelli’s rant, which kicked off the whole movement, occurred one month after Obama took office. That was before the auto bailout, before health care reform, before financial reform, before the Iraq drawdown, before cap-and-trade, and before extension of the Bush tax cuts was even on the horizon. The only thing that had happened at that point was the stimulus bill, but even as big as that was, everyone knew it was a one-time shot, not a permanent change in spending levels.

Really, there’s just no evidence at all to suggest that tea partiers are any more upset about the level of spending and deficits than they ever have been. Rather, they’re upset because the spending is currently being done by a Democrat. As soon as Republicans are doing it, they won’t really care anymore.

And yes, that’s too bad for the country’s finances. So I hope I’m just being too cynical here. But what are the odds?