Janet Adamy of the Wall Street Journal has become the administration’s worst nightmare — a writer for a major newspaper who calmly, straightforwardly, without spin or bias, reports on the unintended consequences of Obamacare as they unfold.

Oh for chrissake. Another “unintended consequence”? I guess I’d better click the link and see what it is this time. Turns out it’s a story about 3M’s retiree health plan:

While thousands of employers are tapping new funds from the law to keep retiree plans, 3M illustrates that others may not opt to retain such plans over the next few years

….”As you know, the recently enacted health care reform law has fundamentally changed the health care insurance market,” the memo said. “Health care options in the marketplace have improved, and readily available individual insurance plans in the Medicare marketplace provide benefits more tailored to retirees’ personal needs often at lower costs than what they pay for retiree medical coverage through 3M.

“In addition, health care reform has made it more difficult for employers like 3M to provide a plan that will remain competitive,” the memo said.1 The White House says retiree-only 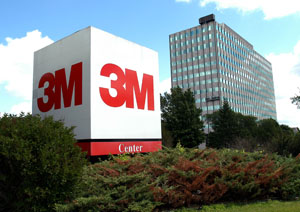 plans are largely exempt from new health insurance regulations under the law.

Long story short, 3M is going to stop allowing retirees to buy into its corporate health plan starting in 2014. This is not because of any unintended consequence of ACA. It’s because 3M wants to reduce its costs. Starting in 2014, thanks to ACA, high-quality private insurance will become available to everyone, so 3M has decided to give its retirees money to buy into a private plan of their choice instead of carrying them on its company plan. That’s all there is to this.

Look: the whole point of ACA is to make high-quality private insurance available to everyone in the country at a reasonable price. And yes, when an alternative like this comes along, some companies will elect to take advantage of it. Others won’t. It’s a free choice, and it’s part of a trend that was happening before ACA was even a gleam in Barack Obama’s eyes. As NPR reported today:

Economist Paul Fronstin, who directs the nonpartisan Employee Benefit Research Institute, says 3M is probably the first big company to announce such changes. But he expects more companies will follow, because the new law limits how much premiums can vary based on age and other factors, such as pre-existing medical conditions.

Using this as some kind of black mark against ACA is crazy. It’s tantamount to saying the government should never provide anything good, because if it does then someone might choose to take advantage of it. If that’s the conservative view of government, include me out.

1This claim is almost certainly specious. I don’t know of any provision of ACA that would have anything more than a minor effect on 3M’s retiree plan.