The infamous state secrets privilege has been with us for over half a century, ever since the Supreme Court created it in 1953 (ironically, in a case in which it turned out the government was lying about national security to cover up its own negligence). Until the Bush administration, however, it was used fairly sparingly and only to toss out specific pieces of evidence that the government wanted to keep secret even from a judge’s review in camera. Bush changed all that. The use of the state secrets privilege jumped, but even more critically, Bush used it to get entire cases thrown out of court. It was no longer a matter of the defense being hamstrung in what evidence it could present — bad enough already — but a matter of not being allowed to bring a case at all.

Last year the Obama administration announced that it intended to tighten things up:

The new policy requires agencies, including the intelligence community and the military, to convince the attorney general and a team of Justice Department lawyers that the release of sensitive information would present significant harm to “national defense or foreign relations.” In the past, the claim that state secrets were at risk could be invoked with the approval of one official and by meeting a lower standard of proof that disclosure would be harmful….The shift could have a broad effect on many lawsuits, including those filed by alleged victims of torture and electronic surveillance.

….The heightened standard is designed in part to restore the confidence of Congress, civil liberties advocates and judges, who have criticized both the Bush White House and the Obama administration for excessive secrecy. 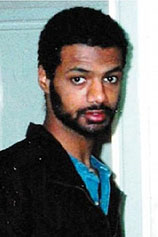 The new policy will take effect Oct. 1 and has been endorsed by federal intelligence agencies, Justice Department sources said.

However, that same article went on to say that the new Obama policy “is unlikely to change the administration’s approach in two high-profile cases,” including one in which Binyam Mohamed and four other men claimed they had been kidnapped by the CIA and then tortured in CIA black site prisons. And indeed, the Department of Justice continued to assert the most sweeping version of the state secrets privilege in that case, which was upheld yesterday on a 6-5 vote by the 9th Circuit Court of Appeals. The ACLU plans to appeal, but in the meantime Marcy Wheeler comments:

So basically, the government can kidnap you and send you to be tortured — as they did with Binyam Mohamed — yet even if your contractors acknowledge what they were doing, if the government wants to call their own law-breaking a secret, the most liberal Circuit Court in the country agrees they can.

This is, needless to say, one of the things I was thinking of yesterday when I mentioned Obama’s “weak record on civil liberties.” In a way, of course, it’s unsurprising. Not, I think, because newly elected presidents “invariably become quite enamored of executive power once they settle into the Oval Office chair,” as James Joyner says. But because newly elected presidents routinely find it almost impossible to buck a national security establishment when that establishment unanimously opposes something. And I have little doubt that the entire national security establishment of the United States (and probably a few other countries as well) is dead set against ever allowing the public to know exactly what happened at those black sites. I don’t think there’s a president ever elected who’s been able or willing to stand up against this kind of united front.

That’s not to defend Obama. It was still his decision, and it’s an odious one. But until, as a country, we come to our senses on national security, it’s not going to matter very much who’s in the Oval Office. The system is stronger than the man.